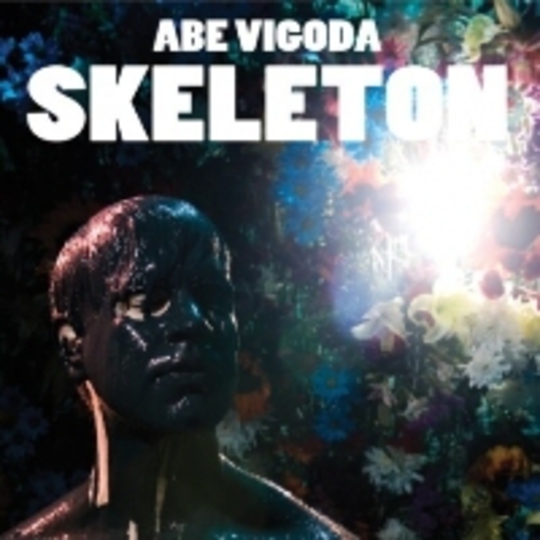 After drifting out at sea Abe Vigoda have finally washed up amid the foam and jellies, a panic-stricken mess set to a holy racket, wild children picked from the wilderness. Since releasing the berserk underground haemorrhage-pop jams of Sky Route/Star Roof back in 2005, these self-proclaimed ‘tropical punks’ have pushed their head out the swamp surrounding Los Angeles’ DIY scene that they’ve been festering in the last few years, with their intoxicating jumble sale of wired influences - noise-pop set to gamelan - a mannered madness away from mother, giddy on unlimited refills.

Whether the stalled tin-pan chimes of ‘Bear Face’ or their efforts as drone tyrants for ‘Whatever Forever’, Skeletons is their finest outing yet. With the nonsensical chants that have riddled prior records incessant at the fore, their nursery rhyme lyrics are proudly hollered by Juan Velazquez and Michael Vidal’s clumsy tongues with a treehouse child exuberance, yelps coating their raucous calypso cuts.

With HEALTH and No Age’s noise-pop conundrums bearing the juiciest fruit from the scene surrounding all-ages grotbag vegan venue and DIY hub The Smell, Abe Vigoda now have something of audience to tend to. Released on PPM (run by No Age’s Dean Spunt) and with a name taken from an actor renowned for his support roles rather than any showcase performance, it’d be easy to accuse Vigoda of being background cast rather than leading role. But, with a record possessing such an untamed imagination it’s fair to say that Abe Vigoda’s maddened prattle is a talent worth nurturing, whether soil in their teeth or blood on their knees. Their screams are cowardly cries - this the sound of a breakdown set to music.

From the moment ‘Dead City/Waste Wilderness’ bursts in there’s rarely a let up; Skeletons is exhausting. Seeming overlong at only a half hour, it’s like taking a child full of pop round a toy store, incessant down each isle. Yet there’s so much in there to pick at that it’s just a case of heading back to the start for another round as you place your finger on another delicacy they’ve fed into the mix.

Silence. Momentarily this gaggle are sedate, with the shimmering instrumental ‘Visi Rings’ combining the dissonant drone passages that have rolled around Brooklyn gutters for the last few years and the splintering shards of sunburnt noise Ecstatic Sunshine lap on. Whether the exotic fruits on show in ‘The Garden’ or _‘Hyacinth Girls’ flaunting its garish bloom there’s a hardcore brutishness amid the gamelan pan slaps, rumba rumbles and soca tussles. But these kids are not the sort rushing for world music credentials, they just want some way to soundtrack their unhinged downfall. “Leave me in the street,” bawls Vidal, as if an abandoned mongrel.

No wave dilettantes, tropical punk prophets, Abe Vigoda are all smiles. Rightly so.

Life... The Best Game In Town