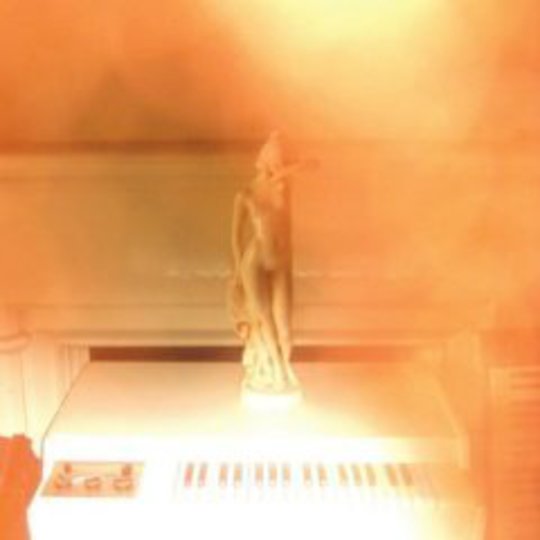 The group's onomatopoeic name conjures images of pill-popping night-owls violently thrashing their bodies to machine-gun techno. But Ratatat's nature is more rock than rave, with producer Evan Mast overlapping layers of synthesizers onto guitarist Mike Shroud's crunchy riffs with nuanced precision. The duo's eponymous 2004 debut spawned the underground hit ‘Seventeen Years’, and its 2006 follow-up Classics solidified the band's indie-cred as kings of the clumsily-titled genre of ‘rocktronica’. And now…

Indeed, fun is in short supply on LP3. The album lacks the propulsive urgency of previous Ratatat efforts, with swathes of unsettlingly woozy synths and wobbly guitars caking the songs in a languid, mid-tempo sheen. The percussive jam session on ‘Mi Viejo’ draws attention to the lingering sense of ennui and detachment that pervade LP3. The duo's music has been described as intimate and melancholic, but here the mechanised bedroom tunes come off as all knob-turning and no heart. A particularly hyperbolic Allmusic review commends the group for "[celebrating] the nature and resilience of the human spirit", but one wonders where said humanity resides. The rattling and rustling on ‘Bird Priest’, the Nintendo noises under the melody of ‘Shempi’ – the sounds that Mast concocts, captivating as they might be, ultimately are all cold, calculated studio shenanigans.

Ratatat's robot-rock aloofness may simply stem from the lack of a vocalist. The band's hip-hop remixes suggest that their repetitive dance-rock may be better suited underneath the latest Kanye crowd-pleaser than as standalone instrumental music. Indeed, LP number four may end up a runaway success if the group would just tone down the production tricks and dish out tracks to some top-40 rappers. In the meantime, LP3 will keep a handful of indie-rockers happy but may not satisfy listeners looking for Daft Punk danceability.