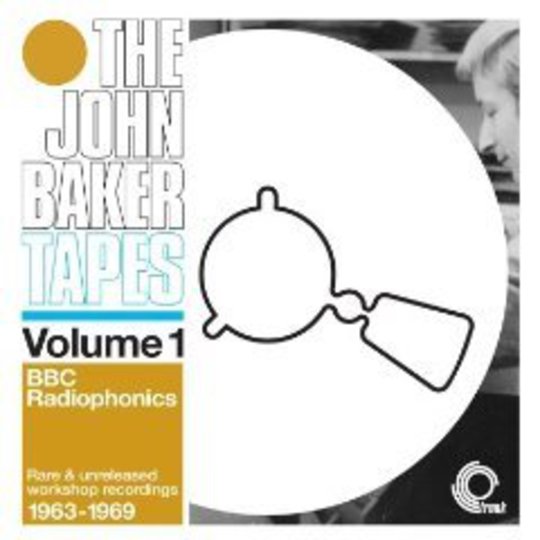 Anyone who's into electronic music should know a thing or two about the BBC Radiophonic Workshop, and reissue specialist Trunk Records have just made doing so easier with two essential volumes dedicated to the pioneering work of John Baker.

A classically trained pianist and talented jazz musician, Baker combined these traditional skills with an enthusiasm for the musique concrète and tape manipulation techniques which the Radiophonic Workshop became famous for. Between 1963 and 1974, before alcoholism led to his 'retirement', Baker produced some extraordinary – and some flat-out insane – music. Much of this was of jingle length, which makes for a markedly staccato, albeit fascinating, listening experience, but there are several longer works, too. TV theme ‘Dial M For Murder’, for example, marries an eerie melody to a persistent ringing phone and what sounds like Aphex Twin's 'Didgeridoo' playing in a neighbouring room. Elsewhere, ‘COI Technology Pavilion’ (composed for a trade fair in Brussels) is a sprawling ten-minute epic, bleeps and cymbals easing into a meditative double-bass jazz workout with Stockhausian shreds of found sound rising out of the mix.

Just as interesting as the music itself are the excerpts of Baker describing the techniques employed to make certain sounds in an era before digital, multi-track recording and samplers. Sounds such as water being poured from a cider bottle (why only a cider bottle would do remains, sadly, a mystery), a ruler being plucked and air blown across the top of a small bottle (previous contents unspecified) were recorded onto tape, manipulated and spliced, then mixed with live instrumentation to produce unique music.

The second volume of Baker's work (released August 25) concentrates on soundtrack work, jazz standards, library music and home recordings. Highlights include a playful piano and double-bass take on ‘I Wanna Hold Your Hand’ that winds up sounding more like Mozart than The Beatles, a series of electronic oddities that wouldn't sound out of place on an Underground Resistance 12", and some compelling studies in feedback. Sadly, Baker composed virtually nothing between his 1974 sacking from the BBC and his death in 1997, but these two collections, years ahead of their time, stand as reminders of a visionary composer's talent.