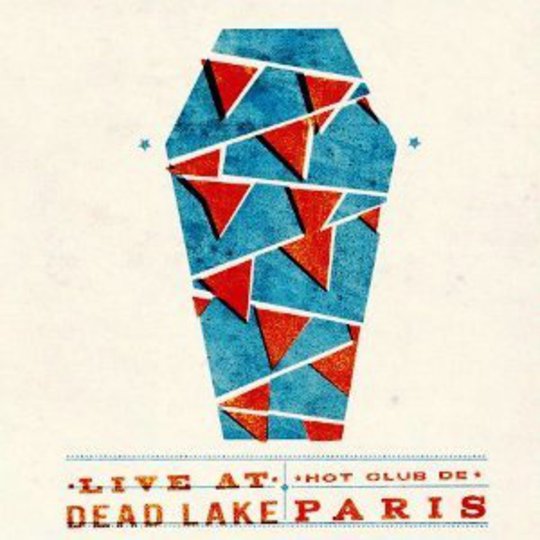 Liverpool’s Hot Club de Paris make the awkward accessible, in a fashion not wholly dissimilar to Birmingham peers (and fans) Johnny Foreigner. This, their second album, doesn’t storm from the blocks a la its predecessor, Drop It ‘Til It Pops, but wriggles its way into your special places with a subtlety fairly unexpected.

Rarely rushed, the three-piece thread guitar lines angled jaggedly between rolls of percussion that tap-tap on the skull rather than beat it senseless; their time-taking pays dividends, as early offerings like ‘For The Parties Past And Present’ recall Joan of Arc if Tim Kinsella had been better-schooled in Scouse pop manners. ‘My Little Haunting’ rollicks delightfully, and could almost be classified a classic sing-along if only music like this had an established audience broader than those kids who hang around Borders in Burning Airlines, Cap'n Jazz and Faraquet t-shirts every Friday afternoon, between lectures.

Okay, that’s not entirely ‘on’: Hot Club’s reach will extend with Live At Dead Lake, such is the album’s embracing of luscious melodies. Where JoFo’s Waited Up ‘Til It Was Light scrambles the senses with an incessant blitz of imaginative fret-wandering, this companion LP of sorts marries the measured mayhem of math signatures with an unmistakable edge of purest pop. Lead single ‘Hey! Housebrick’ makes this clear enough: rumbling bass and group vocals impact instantaneously, and the impression is sweetly memorable. Lyrically it’s one of a handful of songs here that could be construed as nonsensical, but who cares when you can clap along so gleefully?

‘The Dice Wasn’t Loaded From The Start’ exposes the band’s heart; an acoustic tale of band-heckling with a loved one, it’s tender in a way that would confuse your typical ‘emo’ sort. But its sentiment is honest, and very real. ‘Found Sleeping’ is a clatter of drum rolls and spoken word-style lyricism that nestles in gently, despite its freeform feel, and the closing ‘Sparrow Flew With Swallows Wings’ comes on like Youthmovies on happy pills: absurdly jazzy of riff and meticulous of execution, but a whole lot of fun too.

There’s little on Live At Dead Lake that’ll trip over fans of anything Tim Kinsella’s ever touched – its makers are clearly enamoured with the man – but if Johnny Foreigner’s debut left you a little too breathless, this is your timely other r ‘n’ r, rest and recuperation. It’s a mature, measured successor to an album of potential that’s made good on certain aspects of the band’s early promise without showing all of their cards just yet.