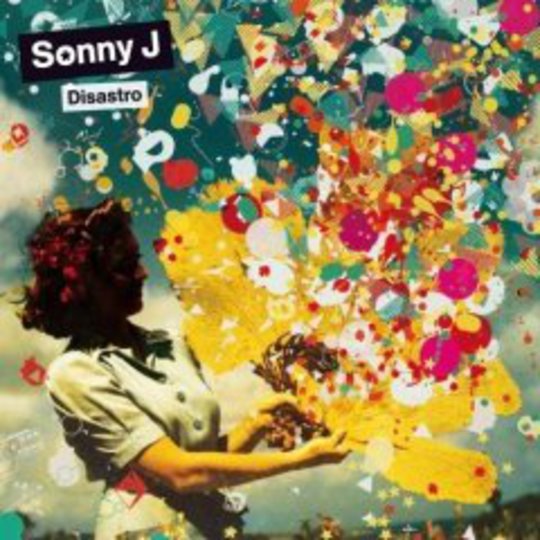 Sonny J, I hate you. I hate you for putting me in this position, where nostalgia’s rocking up from within and I can’t quit spinning Disastro, recalling as it does the heady Big Beat days of Decksandrumsandrockandroll, Better Living Through Chemistry, Bentley Rhythm Ace… Mighty Dub Katz on The Annual III. And Beck’s sampledelica odyssey Odelay. And The Go! Team’s more controlled eruptions of OTT exhilaration. Thing is, is this good? I don’t know.

I hate you for this, this not knowing. ‘Handsfree’ is a Tarantino-unearthed soul gem set to a rampant Big backBeat, ‘Can’t Stop Moving’ is all fist-punching exuberance and fun; ‘Disastro’ is a scratch-addled funk number in the vein of cut ‘n’ pasters past, and ‘I’m So Heavy’ rolls out riddled with sweary samples atop a David Holmes-lite swagger-strut. It’s so not now it’s probably next week’s hottest property, an album of undoubted slickness and showboating pop sensibilities, but is it good. No idea.

Because music like this isn’t designed for considered critique; it’s meant to get bodies moving, and it will do with ease. Sonny J – a Liverpool-based fellow who enjoys a fiddle or two with those turntables of his – wrings out his soaked influences into a candy-coloured cup of joyous, riotous hedonism. Almost every offering on this debut long-player is destined to soundtrack a house party or many over the coming months; the slower numbers, meanwhile, merely demonstrate that there’s more to this newcomer than a load of sirens and stolen vocals initially suggest. Strings to the bow, he’s many.

But is it good? Still, still, not a clue. Usually something that has me all giddy with memories of careering around satellite towns to the sound of a three-disc set featuring Apollo 440 and Lionrock would warrant a slagging – there’s no place for music this archaic of attitude, right? Wrong? Dunno. I guess the answer’ll only become clear once the sweat dries and we all wake up wondering why we’ve windscreen wipers hanging off our sleeves.

So I take it back: hate’s the wrong emotion. But you’ve confused the crap out of me, Sonny J. I hope you’re happy with yourself.