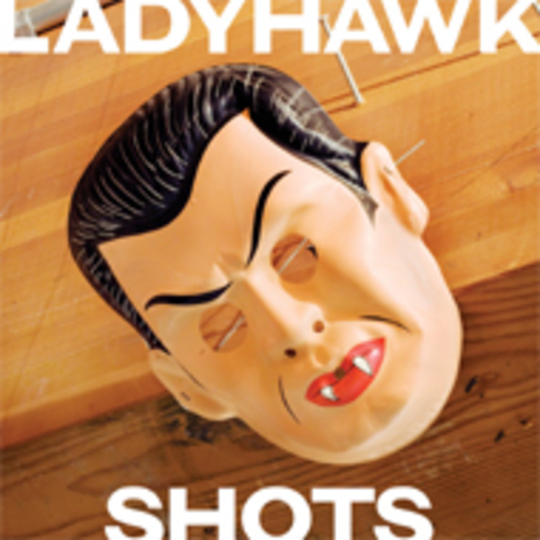 Imagine, for a minute, all those US bands that have earned half-assed Neil Young comparisons over the past few years. Then think back in more detail: how many were, in fact, more yawnsome than lonesome; less Young than tired old ninth-division Bruce Springsteen devotees. Hell, even a good portion of Neil Young’s Crazy Horse-aided plugged-in output is rendered ham-fisted by his own gentler work.

Which brings us, via detour, to Vancouver’s Ladyhawk, nondescript of name and unshaven of complexion. Ignore the comparative tedium of Shots opener ‘I Don’t Always Know What You’re Saying’ and, though ordinarily unsettling Neil Young parallels hold weight, an antidote to the aforementioned affliction begins to course through veins.

Not quite prairie rock, and a little too evolved to be tagged straight rock ’n’ roll, Shots defies exact classification. My Morning Jacket shorn of a little bombast perhaps, this is – national origins aside – Americana at its finest. Immediate emotional connections, FM choruses that don’t feel lightweight, and a huge helping, naturally, of melancholia.

‘(I’ll Be Your) Ashtray’ burns bright with the same stop-start dynamics employed by the Silver Jews in their prime, before ‘Faces Of Death’ evokes the faraway sadness of much-overlooked American slowcore mopers Shipping News, deciding “There’s no such thing as endless love”.

From there onward it’s almost as though a weight has been lifted, ghostly do-wop background voices greeting ‘Night You’re Beautiful’, guitars cutting loose on ‘You Ran’. Even the closing crawl of ‘Ghost Blues’ almost ends contented. But only almost: because Ladyhawk never stray far a habitat of sparklingly articulated longing.