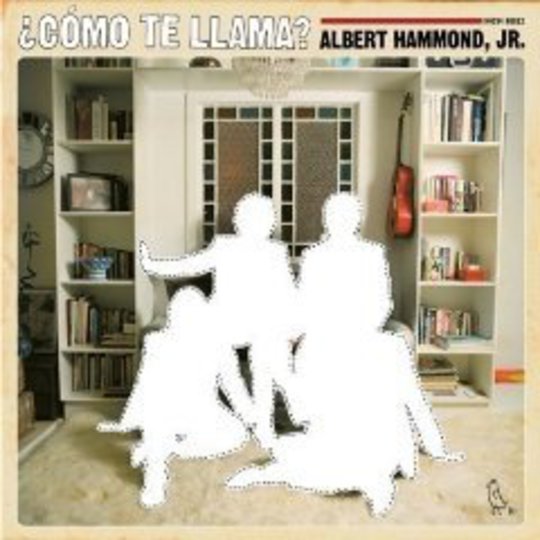 It’s been discussed that the person most responsible for The Strokes’ ‘look’ back in their initial 2001 heyday was none other than* Albert Hammond Jr*. As fashion goes, it’s a retro-loving aesthetic straddling that muddy late ‘70s, early ‘80s period. A time when one decade was coming to a close and the other was still struggling to forge an identity of its own.

Transfer the motivation behind his sartorial choices to the sounds heard on his sophomore solo LP, ¿Cómo Te Llama?, and it’s clear that Hammond is at heart a pop classicist, one whose entire way of life seems hell-bent on emulating and celebrating a narrow slice of recent history. It’s a feat he accomplishes by rounding off the edges of his day job and openly exploring and reworking the guitar pop sounds of yesteryear. Opener ‘Bargain of the Century’ toys with the machine gun stutter of early Strokes before sticking in a big, beefy chorus that tips its hat towards the ‘70s power-pop triumvirate of Big Star, The Raspberries and Cheap Trick.

Admittedly, it’s a well-worn path that, since being blazed decades ago, leaves little in the way of surprises. Yet while Hammond may not be tearing up the rulebook on ‘Lisa’ or ‘In My Room’, he brings a Bolan stomp to ‘Rocket’ that makes it difficult to dismiss_ ¿Cómo Te Llama? _as just the indulgent noodlings of that fellow who likes to hold his guitar at nipple height in all the videos.

It’s an album high-water mark and it’s one he capitalises on with the stripped-down white-boy funk of ‘Victory at Monterey’ (Lower East Side R&B, anyone?) and the string-filled, doo-wop croon of ‘You Won’t be Fooled Like This’ – a song that asks us to consider what Buddy Holly would sound like if thrust into modern day Manhattan with a model girlfriend glued to his arm.

Of course, this being a solo record means that Hammond feels the need to show us he’s capable of spreading his vintage-clad wings. So taking a cue from the original punks, he does it by layering a light slab of reggae onto ‘Borrowed Time’. It may read like a recipe for disaster, but he just about scrapes by with a strategy that ensures nothing ever veers too far from his power pop template.

This is also where we come to ¿Cómo Te Llama?’s problem. Hammond does successfully replicate the pop-rockin’ sounds of the past and does it with considerable style to spare. The man is an apt pupil of the power-pop school; that much is clear. But like many students attempting to impress their teachers, much of ¿Cómo Te Llama? fails to push things past the established curriculum set by the originators. Instead, Hammond seems content in merely regurgitating what he’s studied, safe in the knowledge that what’s produced here will sit comfortably amid the racks of similar artists.

Still, ¿Cómo Te Llama? may not be a breakthrough, but it does prove that there’s more to Hammond than just a curly mane of hair and a closet of old clothes. He’s earned our attention for album three – let’s just hope he finally takes the risks needed to keep it.