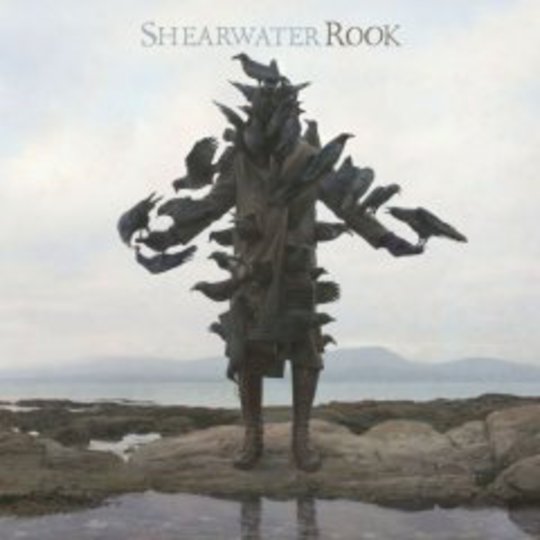 Immediately calling to mind the vocal presence of Stuart Staples in an uncomfortably high register (and more tuneful), Jonathan Meiburg ghosts into the foreground on grandiose opener_ ‘On The Death Of The Waters’_. Though initially meek, it soon wafts into something larger, more strident and devilishly distorted of wind. It would seem that first impressions are extremely important to Shearwater on this, their fifth LP, one which will probably serve for the layman as an introduction to the band’s increasingly confident and complex gypsyish, doom-laden folk pop. Gone are any previous notions that Shearwater might be a muted or restrained affair – that first song shows them at their loudest and most tender in the space of three minutes. Concision, clearly, is also important.

The confidence brims over in the magnificent ‘Leviathan, Bound’, with a chorus designed to be utterly shrieked (though upon first listen this reviewer ruined it for himself by thinking Meiburg was actually singing “that’s racist!”… don’t make that mistake). The string arrangement is evocative of the most intense moments from Mellon Collie…, there’s a lot of emotion and imagery flung around, and it’s all wrapped up in, again, under three minutes. Balls of expression, probably once very large, are squashed into as concentrated a form as possible, extreme dynamics and excellent orchestration are applied and we end up with a beautiful little bundle of anguished nuance, of pop destruction of the most hyper-dramatic form. The whole record bristles with intensity.

But obviously one can’t continue quite like that the whole time, and Rook suffers when it tries to do too much. There’s a predictability and menaceless innocence to ‘I Was A Cloud’ that still fits with the album’s raison d’etre, but tries the patience after being used to sprightly injections of supreme black emoting. It’s somewhat out of step with what you may have thought the album to be about by the time you reach that point, but thankfully there are still a few more treats to tip the balance safely back to the side of ‘actually really good’. Like Devastations, like The Low Lows, like a lot of modern miserablists, Shearwater have to work very hard on their albums to retain the listener's interest and, bar one or two missteps, it is handled coolly and with the necessary bottling up of powerful forces and sentiments.

That the band haven’t forgotten to drop in the occasional plop of pop excellence, the odd instrumental flourish, is to their complete credit. It has resulted in a not-completely enchanting experience, but an involving and worthwhile one nonetheless. Explore for its many corners of interest.