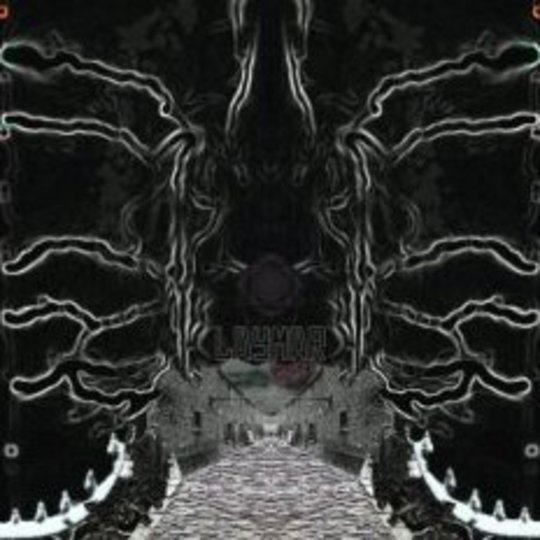 Manchester post-rock trio Laymar’s debut full-length, In Strange Lines and Distances, is not quite apocalyptic; it’s simply not raucous and chaotic enough to be labelled as a soundtrack to armageddon. Instead, it lies somewhere between the chaos of the planet’s destruction and the eternal nothingness that follows. A soundtrack to a journey down the River Styx is essentially what it is; a 46-minute hellish boat ride with an ending that simply has to be delayed, lest death become us before reaching Hades.

Seven tracks comprise In Strange Lines…, though it definitely has the feeling of an extended single track, so well does it melt together as each chapter of complex instrumental texture weaves its way elaborately and seamlessly into the next. It is difficult to isolate any tracks because of this; they must to be heard in context, and digested in one sitting to appreciate the nuances and subtleties. Each track renders a landscape of despair through near-perfectly placed electronic bleep-and-click beats which are reminiscent of a less-frenzied 65daysofstatic, combined with distant-sounding and ethereal guitars, and ambient, as well as lurching, basslines.

The album, at times, bears an atmospheric resemblance to iLiKETRAiNS, albeit minus the earnestly foreboding vocals, though perhaps that little bit more sinister for it. Enough variation in tone, texture, and disposition is offered by Laymar to keep ears pricked, and this is done without straying from the overarching themes of isolation and desolation which so permeate_ In Strange Lines…; from the nine-minute opus that is ‘Juvenile Whole Life’ in which the despair ratchets up slowly and incrementally, to the solemnly serene ‘Rec #3’, where the hushed bawls of an infant in are somehow both uncomforting yet eternally hopeful. The climax, ‘Swords_’, is 19 minutes of piano-driven crescendo which morphs from a gentle, swaying passage into the unashamedly brutal, but sadly too brief, chunk of the record. Somehow, though, it’s not brutal enough, and its duration is decidedly too short.

Whilst_ In Strange Lines… triumphs in consistency, it fails in meandering a little too placidly for a little too long, failing to kick on from the initial promise of opener ‘Rec #4’, and with a texture which is, in parts, slightly watery. If there is any criticism aside from the death metal-like album art, it’s that the ferrymen through the Styx, Laymar, are guilty of almost perfectly creating tension through an array of reverb soaked guitars and an atmosphere so ripe for the fatal blow it’s unsettling, but just, narrowly failing to deliver it. That apart, _In Strange Lines and Distances succeeds in leaving a feeling of loneliness, gloom and hopelessness for hours after and is a mightily promising debut.