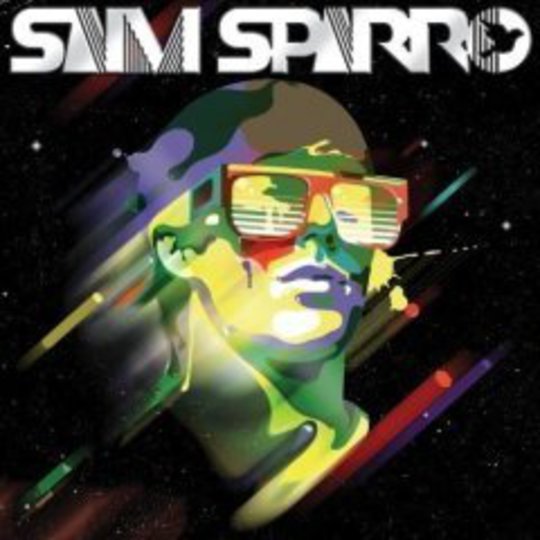 Having already made a considerable impression on radio playlists with this album’s heads-up single, ‘Black & Gold’, twenty-something nu-soul songwriter Sam Sparro finds himself in an enviable position from which to hawk this, his debut album. Whereas the similarly funk-popping Jamie Lidell is likely to find cracking the supermarket crowd tough going with his new Jim collection, seeing he’s had chances to impress the mainstream in the past and never truly capitalised on these opportunities, Sparro (born Sam Falson) has no previous, no skeletons to drag from the closet for context here. Well…

Except for ‘Cottonmouth’, that is; track seven of a concise, if deliberately divergent, thirteen has been available to see and hear on the man’s MySpace for some time, and has been critiqued in another high-profile summary of its parent LP as one of the worst songs of the past 60 years. Harsh, and not entirely fair, but there’s reason for the extreme reaction: the song is comparatively dross when assessed alongside some of the more sparkling examples of unashamedly funk-infused soulful pop found on Sam Sparro. Indeed, given some of the exhibitionist flair for colourful songwriting on display here, it’s a pity our protagonist couldn’t have arrived at a slightly more imaginative album title.

‘Sally’ has an air of Beverly Hills Cop about it, a slow bassline boosted by glistening synth lines straight out of an ‘80s action caper; it’s also one of many arrangements here suggesting a fondness for Prince’s fusion of R ‘n’ B with elements of funk and soul (that’s three paragraphs, three instances of the ‘f’ word, in case you weren’t paying attention), a.k.a. the Minneapolis Sound. Sparro may be based in Los Angeles nowadays, but a jet-setting childhood that saw him skip from continent to continent – Australia to the States – has given him a license to muddle stylistic gene pools, and the results are largely pleasing. Other highlights of this album include the penultimate ‘Clingwrap’, which serves as a neat echo of Outkast’s The Love Below’s higher-pitched hip-hop-pop playfulness; ‘Sick’ is an effortlessly smooth groove wrapped around a considerably proportioned lyrical hook, playing on the song’s title, that’s tailor made for deployment as a ‘Black & Gold’ successor; and said single sits pretty at track two here to good effect, arriving early enough to ensnare the fair-weather fan but nestling cohesion-perfect between its parenthesis partners, ‘Too Many Questions’ and ‘21st Century Life’.

On the downside, Sparro – as good as he evidently is as an arranger for the modern pop market (props, too, for song-penning collaborators Paul Epworth and Anthony ‘Eg’ White) – lacks lyrical consistency: for every neat tongue twist guaranteed to have you mouthing the words back in the shower the next day, there’s some truly atrocious couplet that’s best forgotten before it’s heard. No doubt this side of Sparro’s music will develop, as his experiences navigating the industry after this breakthrough provide him with source material for albums two and three, but at present he’s no wordsmith worth commending above or equal to any aforementioned compositional reference points. That aside, though, if it’s some healthy funk you’re wanting in your pop bumps, listen no further than this summery assortment of candy-coloured crowd pleasers.