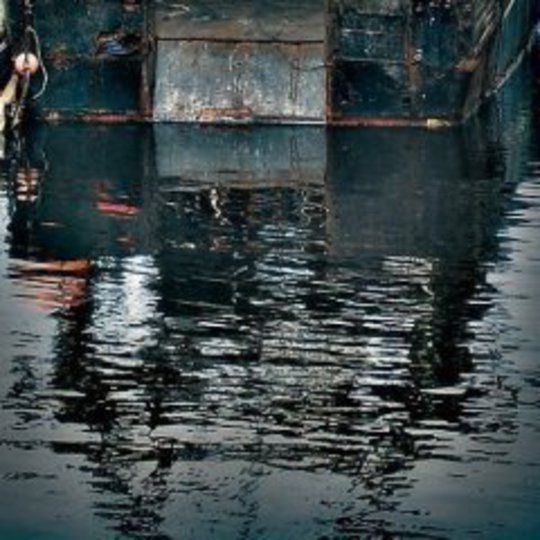 What begins brutally closes with the listener pondering quite how they made it through Hesperus’ duration without leaning over to stop it in its tracks. Not that 5ive’s latest isn’t appealing, y’understand – it grinds out crushing riff after crushing riff to an expectations-meeting level. But the whole thing seems so very tired, quite forgettable; come the climactic ‘News’ parts one and two, it’s likely the middle section of this record will have slipped from the memory already.

But before we skip over the sluggish middle section, the phenomenal start: ‘Gulls’ is absolutely devastating, wonderfully dynamic and almost intolerably bombastic, an opener to echo across the year a la Torche’s ‘Warship’ from 2007’s In Return. Wholly instrumental – as is this whole LP, for newcomers at the back – the track blasts from the blocks like a neutron bomb to the face, peeling the skin with such evil glee that it’s impossible to not take a shine to its sadistic assault. 5ive’s third LP proper moves with purpose from one to two, ‘Big Sea’ building on the conquering-by-repetition cacophony of its predecessor by twisting standard-issue post-rock motifs into slavering beasts. While past material has exhibited the Boston band’s stoner-cum-drone tendencies, this curtain-up brace blasts any cobwebs from slacker fans’ synapses, setting them straight: business is meant.

But a complacency settles, progression via pummelling sidestepped for malevolence draped in all colours mediocrity. ‘Kettle Cove’ swings close to Comets On Fire’s psychedelic squall but can’t match the defunct Californians’ eruptive fireworks, while ‘Heel’ drags its and ours through two minutes of so-what strumming that, mercifully, is over before its arrival has completely destroyed the album’s flow. ‘Polar 78’ possesses a great, eerie intro that’s vaguely reminiscent of creeping about Legend of Zelda catacombs, albeit if the NES soundboard could handle epic metal rather than 8-bit bleepery; it ultimately develops into a roaring wave of noise, but lacks the directness of Hesperus’ initial gambits.

‘News II’ ups the aggression ante again, much to admirers’ relief, ensuring that this album’s certainly not one for the bargain bin, although fans coming to it with the self-titled and Telestic Disfracture may find it more grating than its forerunners. All told, there’s much to admire here, but oddly little – save for its bookends – rattles the grey matter to the extent where damage incurred is a nuisance for more than a couple of days. A classic opportunity missed, but 5ive’s classic LP could well be delivered with album four if the Bostonians capitalise on the greatest elements of this mixed adventure through tumultuous instrumetal waters.