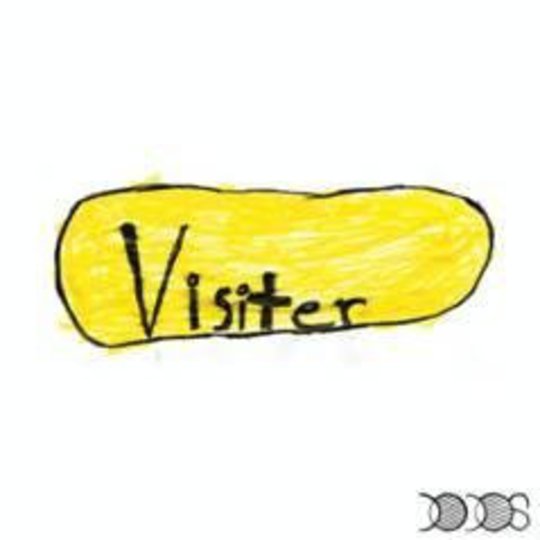 Duos tend to take a minimalist approach with their sound and this is almost certainly the case for bands laying a folk foundation. The most interesting bands, of course, enjoy flaunting the rules. Like the White Stripes before them, The Dodos blend a garbage pail of Americana influences to form their sound. Where the Stripes have striven for homemade arena-rock, The Dodos’ backwoods aim is far more modest yet every bit as affecting. They ditch Meg’s economy of bass and snare for throbbing backbeat thunder-claps, nix Jack’s penchant for hard rock in favour of straight-laced blues. Recorded to capture the magnetism of their live performances, the effusive Visiter has the aural effect of going to a rodeo fuelled on meths and alcohol. Whether or not this sounds like a good time is probably indicative of how you’ll come down on this band.

The Dodos tauntingly serve up feints in a country punk direction before settling back into a bluesy comfort zone. ‘Walking’ is a two-minute overture of fanciful banjo finger-picking punctuated with a male/female gospel chorus which sets a false tone to rambunctious slide guitars and tribal drumming which lies ahead. For the most part, the album was written on the road as a collaborative effort of head Dodo Bird Meric Long and percussionist Logan Kroeber. Predictably, the influence of their senior tour mates, Akron/Family, seeped through the songwriting process and The Dodos’ second album presents a far more full-bodied sound than its predecessor, Beware of the Maniacs. Somewhat surprising then The Dodos chose to sign with Frenchkiss (home of subsequent tour mates, Les Savy Fav) rather than Young God, which hopefully doesn’t infer a future collaboration with Michael Gira is forever shelved.

For their deceivingly energetic live performances, The Dodos now employ a part-time air-drummer/part-time glockenspiel in the same manner most bands use a cymbal crash on the downbeat. On the album itself, however, the glockenspiel is more effectively used as melodic ting-ting support to the bassline drumming. The band turns a half-hearted ballad on ‘Jodi’ into a personal affirmation with “We can do this on our own” repeated as the music builds to crescendo. Although there is no question Long is a guitar virtuoso, I would love to see the look on his high school band teacher’s face as he mistreats the trombone through an echo box on the album’s centrepiece, ‘Winter’. A simple four-chord turnaround on a baritone ukulele alternates with muted horns and hand claps which have to make Zach Condon a little bit jealous.

The music has an unconstrained urgency about it, almost wishing itself someplace else. Fans and critics alike will point to this as what they like/dislike about the album depending on which side of the fence they’re sitting. ‘It’s That Time Again’ is a New Orleans funeral march which segues into a finger-picking volcano on ‘Paint The Rust’. On the latter, it’d be almost impossible not to dredge up a platter-two Physical Graffiti comparison where rock ‘n’ roll and the blues meet in an awkward head-on collision. A toy piano and echo microphone vocals carry ‘The Seasons’’ melancholy until rapid-fire drums, guitar distortions, and random screaming deliver a final salvation. The album could very well end here, on a sombre note, but the band instead decides to leave things with an air of uncertainty. ‘God?’ chants “I know, I know”, but it’s clear by this time Long really hasn’t a clue, the chorus morphs to “Oh no, oh no” and, as the album builds to its final climax, mournful horns couple with backing moans and groans suggesting that “We die, we die” isn’t really all that frightening a concept after all. Our nervous laughter meets Long’s joyous chuckle halfway and everybody is feeling pretty good about things as the album cuts out.

Visiter has a hidden treasure aspect implying future generations may be more willing to appreciate this album. The syncopated rhythms of The Dodos don’t always choose the textbook play, utterly paranoid about letting staleness creep into their work. If the frenetic pace is often overtly taxing, you’ll come out of the exercise feeling stronger whether you like it or not. Luckily, if you do, there’s always the repeat button to run through Visiter again. You can rest wearily assured this won’t be the last you’ll hear of this band.