From The Valley To The Stars 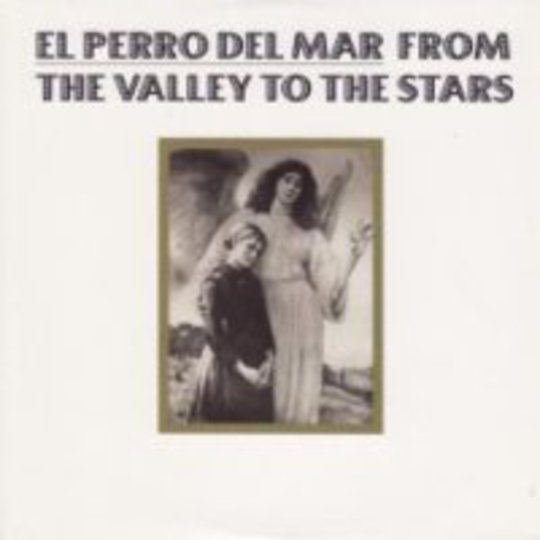 El Perro Del Mar is one Sarah Assbring, a Swedish chanteuse who's had Grizzly Bear coming over all starry-eyed and sincere with admiration, made sweet, sweet music with Jens Lekman, and is soon to tour the UK with exuberant compatriot Lykke Li.

Her second album proper, From The Valley To The Stars, is a collection loosely gathered around the theme of heaven said by the lady in question to encompass extremes of “love, grief and loss, solace and hope, deepest despair and wildest childish euphoria ­ to the lowest and the highest of heights”. Am I alone, then, in hearing a pleasantly-arranged, Malteser-light amuse bouche of Scandinavian soul?

Which is to say, I quite like this record - you’d imagine it hits upon the sort of tone Goldfrapp aimed for with their recent Seventh Tree LP, all warm limbs in the mid-morning sun and childlike pleasure taken in the body – but I don’t hear any catatonic depths being plumbed here. Veiled melancholy? Perhaps. But head-in-the-oven stuff? Careful, you'll make us spill cocoa on our dressing gowns.

Taken on these gently shaded terms, however, there’s plenty to enjoy - ‘Glory To The World’ sounds like a disquietingly sexy children’s hymn with recorders and all. ‘You Can’t Steal A Gift’ is swan-delicate soul ripe with heavy-lidded seduction, ‘How Did We Forget?’’s ethereal, future-popping funk sounds like Stereolab offshoot Monade with Al Green’s horn section playing discreetly in the background. And 'Somebody’s Baby' is great, like a soft-focus Supremes with a distinctly Cuban lilt.

There’s a sexy understatedness about proceedings which means From The Valley… transcends the fusty air of kitsch that so commonly blights releases of this kind, but parts are less substantial than a guff of Glade and overstep the line between the admirably restrained and the merely sedentary.

It’s a far better record than the slightly crass image would suggest but From The Valley… makes me think of those Mail On Sunday giveaway ads where Gilette-fresh dads pretend to cower under the ham-fisted pillow blows of cherub-skinned kids while mum looks on wistfully in the doorway. Which is a shame, really, because with a little more pace and drama to offset this off-whitest of visions, El Perro Del Mar could be an interesting prospect indeed.