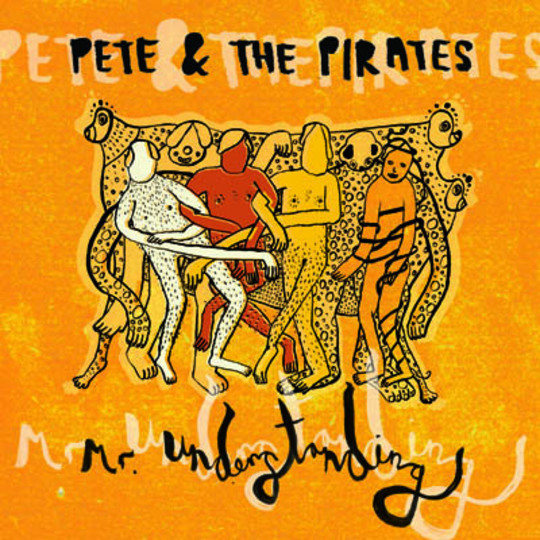 It’s a testament to a band when one of their songs takes root in your grey matter for an afternoon of trouble-making, let alone half a year. On listening to the b-side of Pete & The Pirates’ last single, ‘Knots’, I saw the hills surrounding The Green Man festival in late August, the two minutes of sunshine we had all weekend and the organic paella stand over-looking the main stage, where these Reading-based popsters were brewing up a storm.

Fast forward to this morning – ‘Mr. Understanding’ has been out a week but lord knows it could’ve been years and this review would’ve still been written for documentation’s sake. The guitar lick which weaves throughout the entire song has the ability to tie your ears into neat little packages – it’s mimicked perfectly by the compressed vocals. It’s British Sea Power putting an unmistakeably British twist on a Strokes song, or it’s just five guys from Reading with a million side-projects coming together to write a little ditty they’ll not tire of playing.

Twelfth listen in the last two hours, and I’m not even beginning to get bored of it.