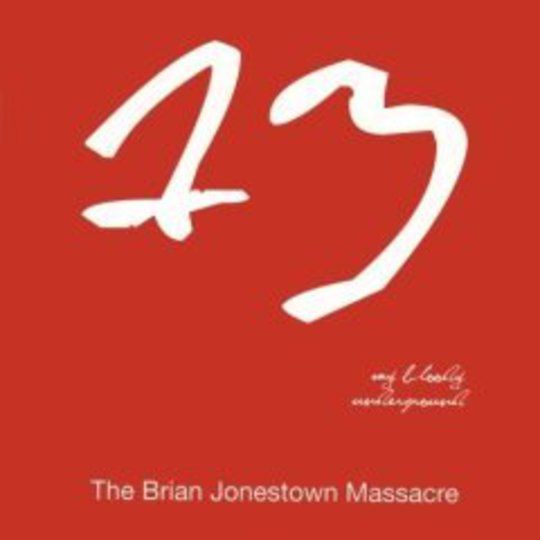 “Oh man, it’s dropping out from heaven and it’s bringing the word, the wicked fucking sound that you never have heard,” reckons The Brian Jonestown Massacre’s ringleader, swaggering through the front door of album number 13 with a long list of antagonising song titles and a fat bag of tattva under his arm. Bold words, but who is anyone to argue with the musing of Anton “You fucking broke my sitar, motherfucker!” Newcombe?“So grab your silver bullets and sharpen your stakes, and lock your fucking doors, for Jesus sakes.” Righto boss.

In the four years since that documentary rocketed him to infamy, Newcombe hasn’t made many moves to belie director Ondi Timoner’s portrayal of a self-sabotaging Colonel Kurtz-styled maverick, trading in BJM’s ubiquity in the studio to become a low-key touring vehicle. With My Bloody Underground he breaks the silence with an album of occasionally staggering quality, but these fruits of recording sessions held between Liverpool and Reykjavik in recent months are as much homage and history lesson as they are the sight and sound of where Newcombe’s head is at in 2008.

It’s “1.21 gigawatts!” as the DeLorean makes its first stop by the psychedelic canon of The Velvet Underground, called to mind by the metronomic buzz and chime of ‘Bring Me the Head of Paul McCartney on Heather Mill’s Wooden Peg (Dropping Bombs on the White House)’ – flying in the face of almost anything new you’re likely to hear all year with its hallucinogenic-friendly fug of tambourine and laconic vocals. And this is the form throughout much of the album’s tripped-out opening salvo, completed by a Thurston-friendly ‘Infinite Wisdom Tooth’ and ‘Who Fucking Pissed in My Well’, which, despite the distinctly non-flower power friendly title, recalls a hookah pipe-toting George Harrison.

Video: Brian Jonestown Massacre _ 'Who Fucking Pissed in My Well?’_

So far, so tribute to the nebulous New York avant-garde and the middle eastern-centric period of a Liverpudlian fellow who took his spirituality pretty seriously, but this jaunt to the late ‘60s is derailed when ‘We Are the Niggers of the World’ is rolled out – a brief piano-led ‘Phantom of the Opera’ moment; riddled with the imperfections of fumbling fingers, allegedly recorded in one take and written by a drunken Anton at the tender age of nine. Whatever, it’s a lullaby that doubles as an intermission of sorts before Newcombe somehow muse-jacks Kevin Shields and collaborates with former Ride front man Mark Gardner. Far from perpetuating some lukewarm “neo-shoegaze revivalist bullshit”, though, ‘Who Cares Why?’ is where the resolve of any protests toward My Bloody Underground’s derivative nature are tested by a song that juxtaposes soul with indifference in a way that Loveless mastered. ‘Just Like Kicking Jesus’ proves it to be no fluke.

Much as previous incarnations of BJM have effortlessly projected the spirit of The Byrds, Dylan and the Stones, this particular version walks, talks and breathes the aesthetic of its influences with a satisfying level of grit and conviction; as naturally as Mudhoney do the Stooges or Oasis once did the Beatles. That’s not to say Newcombe isn’t throwing any curveballs of his own: on its surface ‘Golden Frost' is a straightforward rocker until repeated spins see it morph into some hellish, frenzied, blood curdling exorcism sung in Icelandic.

The ambient spoken word of ‘Ljosmyndir’ is one last point of respite before a scream and urgent cymbal rush descends into the pits of ‘Automatic Faggot for the People’’s intoxicating drama, kicking off a trilogy of gothic, kaleidoscopic songs that seem to share no other trait; ‘Darkwave Driver’ could be Ennio Morricone gone trip hop - a less refined cousin to Black Mountain’s ‘Wucan’ - while ‘Monkey Powder’ (again with Gardner lending vocals) is a sneering dirge of droning thunder.

As pastiche, this all makes for a fragmented and cumbersome back-to-back listening experience - utterly dominated by wild mood swings. But with so many independently functioning songs on offer, certain suites of two or three become hands down irresistible. And if you’ve yet to invest in the mania of Cale, Shields, the Reids et al, then maybe it could be easy enough to conceive of My Bloody Underground as some incendiary psychedelic vessel sent from above. But ‘nu gaze’? Fuck right off.