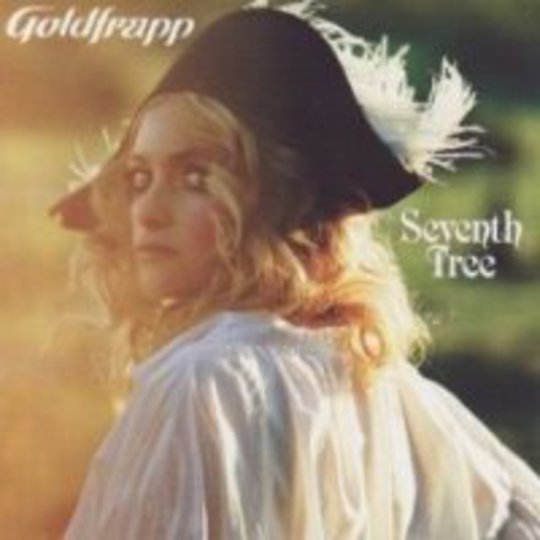 After the stilettos: the chunky knit cardigans. You can forgive Alison Goldfrapp for wanting to wrap up warm, lest the electro-vamp persona she inhabited so well through Supernature and Black Cherry finally consume her.

To be fair to the lass, she’s had some mileage out of the look anyway - as much as 2005’s runaway smash gave good thigh, it was essentially a buff retooling of a formula they’d arguably perfected on the terrific likes of ‘Strict Machine’ and ‘Twist’.

Seventh Tree, though in some respects an organic redrafting of the autoerotic Goldfrapp template, picks up where Supernature left off in its setting of the controls for the heart of the mainstream, and misses badly the slickly subversive tone that lifted the band from the realms of coffee table mediocrity.

Put simply: Goldfrapp are no Kate Bush. For all its pastoral pretensions A&E is about as rural as a trip down your local leisure complex; strings, flutes and harps seemingly deployed as signifiers rather than integral parts of the music.

Ms Goldfrapp’s sensual cooing remains as enticing as ever but coupled with tunes as bland as this the overall result is like turning a hairdryer on a set of wind chimes at an unfeasibly low setting – unmemorable, to say the least.

Lyrically there are a few moments of mischief: the genuinely ethereal ‘Clowns’ makes an improbable argument against plastic surgery, and more specifically “titties that live on and on and on”, while the title track finds our protagonist “in a backless dress on a pastel ward”, but whether the music generates enough goodwill to seek out such intricacies is a moot point.

'Little Bird' culminates in a soft explosion of sighing vocals and lightly intoxicated bass and ‘Cologne Cerrone Houdini’ has a woozy hint of Gainsbourg about it to lend some sorely needed edge, but if that’s as life-sappingly dull to read as it is to write, well, you’ll be getting the idea by now.

It’s painful to regurgitate the same coffee table metaphors but, really, Seventh Tree smells of 30-something sex in converted loft apartments; moistened at every aperture and sporting a sanctimonious look that says “grow up, you snivelling indie tossrag”. Oh, fuck off.