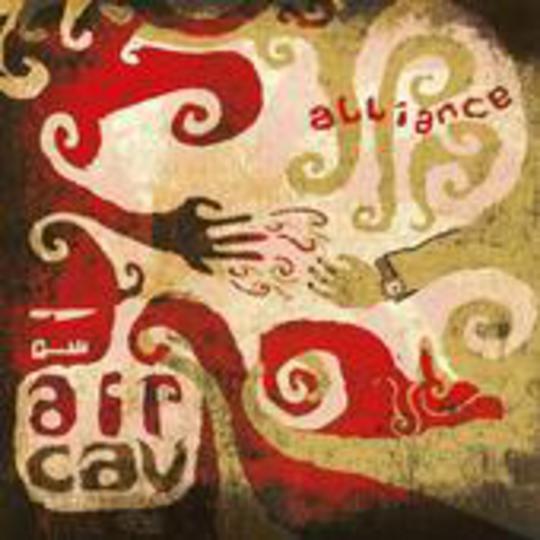 Currently creating an unlikely stir up in Manchester are the delightfully eclectic Air Cav. What's most appealing about this four-piece, aside from the fact they've named themselves after a reference from Apocalypse Now rather than some typically bland pseudo-‘working class’ terminology, is that they sound like they could be from anywhere but the north west of England.

Not that there's that much wrong with that part of the world of course – rainy days, run-down estates and busy motorways aside that is – but it is most refreshing to hear a band who, while not exactly dismissing their roots, aren't trying to ram some cod-romanticised version of their heritage down people's throats either.

'Alliance' has been hovering around (Nottingham) DiS club nights for months now, its initial demo creating a buzz last summer culminating in it finally getting a release now. The main difference between the demo and the finished version is the enhanced production on the record, as Sophie Parkes' violin is turned up in the mix to create what can only be described as orchestral shoegazing.

Sister track 'Branches' is even more of a departure for Air Cav, Chris Nield's vocal proving spookily reminiscent of Win Butler initially before the song turns into an elongated riff of Tarantula-era Ride proportions.

Without doubt, this is as promising a debut as you'll hear all winter that if anything may raise the bar a little too high for Air Cav's subsequent releases.