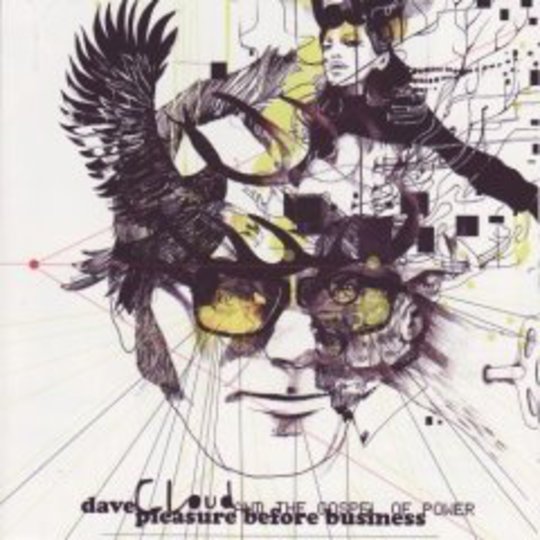 As a performing artist whose career’s spanned over quarter of a century, Dave Cloud’s probably earned the right to the title ‘Psychedelic Shaman’. With his band The Gospel Of Power, the Nashville dwelling mainstay has consistently blurted out a tirade of deranged blues stomps since the release of 1999's seminal offering Songs I Will Always Sing _and, with a debut title buried in such bold intent, it’s unsurprising to find new release _Pleasure Before Business embedded once again with his unflappable penchant for acid-infused bedlam.

Owing much to the unhinged surrealism of Captain Beefheart, this assortment of originally penned numbers and screwball covers is a far less accolade-garnering affair than his ragged, reverb-friendly pillars of yore. Setting the scene with ‘You Don’t Need Sex’’s driven atomic chords, the tumultuous swirl of low-mixed guitar and scrunched drums retreats in to the kind of mangled ‘70s swamp ‘n’ roll that soundtracks ‘tales from the street’ B movies and has back-catalogue pillaging vultures like David Holmes salivating at the jowls whilst hurriedly over-coming the hurdle of copyright infringement.

Often unintelligible and seemingly directionless, tracks containing the Transylvanian horror-schlock of ‘Rock Video’ and ‘50 Dollar’’s mescaline induced drone prove a refreshing, attention-bothering antidote to the token Blues-isms of the record’s opening gambits. Riddled with primitive tribalism and a diseased sense of vengeance, Cloud’s ragged snarl besieges Resnick and Levine’s ‘Yummy Yummy Yummy’, skewing its bubblegum-popping playfulness into a jungle of rabid acoustic strums. Whilst his inane professions over Yvonne Elliman’s Bee Gees-drafted hit ‘If I Can’t Have You’ result in a curtain-closer so draped in frenzied, vociferous feedback it sets his place in the queue to the pantheon of deranged, psycho-babbling experimentalists inhabited by the likes of Zappa and Barrett.

A first half burdened by humdrum mediocrity may diminish the overall effect of Pleasure Before Business _but, in the brawling strides of its finishing flourish, this ‘Psychedelic Shaman’ just about shows he has the talent to persevere for another 25 years.