This City Holds Us All EP 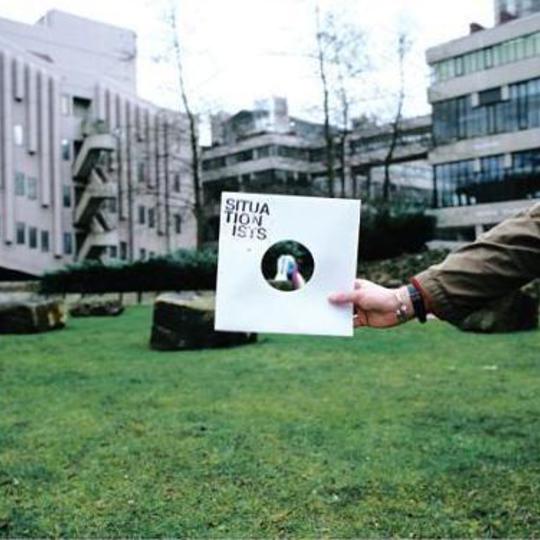 And so, finally, a debut. Three of these four tracks have been kicking around Sheffield for the best part of two years now, but it's testament to their enduring quality that This City Holds Us All still sounds as fresh as that cursory MySpace listen all those months ago.

Some background. Back in late 2006, Bloc Party and The Futureheads - the mainstream bands Situationists did, and do, sound most like - were still doing something relatively interesting with angular guitar music. Fast forward and times have changed: the former released a much-maligned sophomore effort last year that tried to be a bit too clever, while the latter got dropped only to return this week with a new single that ditches most of what made them great in the first place.

Situationists, on the other hand, are still too young as a band to know that kind of commercial pressure. They are, for the moment, the 18-year-old Ryan Giggs of the post-punk pop genre. That's why they think nothing of opening the title track with a sumptuous four-part harmony (altogether now: "ba ba ba-ba ba ba, ba ba-ba ba..."), stuffing 'We Are Weightless' choc-full of Minus The Bear-isms and stuttering Q And Not U-gone-polite guitars, or coming off just like the American Football fanboys they are on newest track 'Whiskey and Water'.

All of which might sound like it's damning them faint praise. But it's not: on the contrary, This City Holds Us All possesses a wide-eyed energy and youthful exuberance - not to mention melodic intricacy - that's sadly lacking from other guitar bands of Situationists' ilk (names mentioned above). It's a fine start to their recorded career, but most excitingly of all the best is almost certainly yet to come.