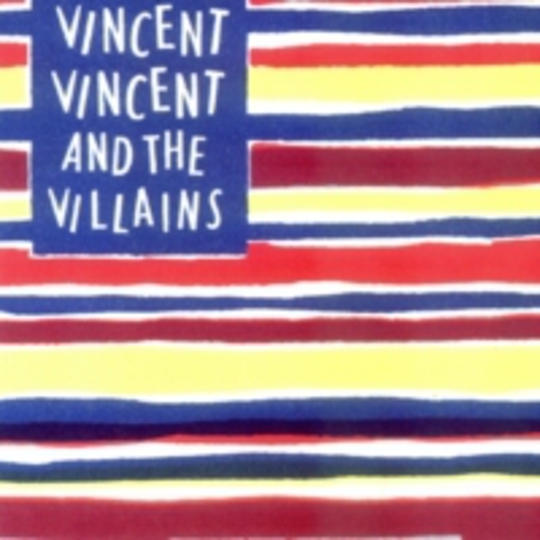 It shouldn’t be suggested that Gospel Bombs is some heavy-hitter disguised as an indie lightweight, that this pop-based pack of twelve is actually a life-changing collection of music that just chooses to sound like present day, toe-tapping good time indie-rock for a laugh, but the truth is there’s more to the debut album from the London-based quartet than its passing tributes to The Coral suggests.

Granted, Vincent Vincent and the Villains’ first long-player isn’t stuffed to the brim with anything complex – play it in the background whilst you catch up with friends or use it as the soundtrack to some distracting event and it might not even stand out particularly – but pay it enough attention and you’ll find an album infused with, or enthused by, the spirit of rock ‘n’ roll. The influences couldn’t be clearer than at its three high points, from the tight harmonies of ‘Blue Boy’ and ‘On My Own’, following basslines made to be plucked by a double-bassist with trousers an inch too short at some high school dance of the past, to the doo-wop doe-eyed vocal arrangement of ‘Sweet Girlfriend’ taking a page out of Dean Martin’s book of sweet memories and smothering it with cheddar.

Get past the fun and frivolity and the showmanship kicks in, because Gospel Bombs also seems to want to be some kind of musical. When transported direct to the theatre stage, frontman Vincent Vincent assumes the spotlight - “I play lead not the supporting cast,” he’s heard to quip during the brooding, sinister plotting of ‘Cinema’ – with a powerful, roughly-textured voice that swaps between a wooing croon and assertive chest-beating, adopting the slur of Pete Doherty in passing before settling on the ‘Minnie the Moocher’ pomp of Cab Calloway in a show song from Jungle Book: The Rock ‘n’ Roll Years for ‘Sins of Love (Wah Do)’. Throw in some shuffling party rhythms and you’ve got yourself an album, not that everything on it works - being lyrically quite simple means it can come across as almost hammy in places, not least the “in the frozen section / she looked like perfection” of the Tesco trip in ‘Pretty Girl’ and “when my eyes turned green / maybe I was in my teens / see, my brother got steak / and all I got was baked beans” during ‘Jealousy and Bitterness’, the end line almost embarrassingly delivered in the style of a startled Scooby Doo.

For all these various variances, it’s surprisingly consistent in terms of sound, but in spite of all that is contained within Gospel Bombs’ 35 minutes there’s still something which doesn’t quite gel; it works but it doesn’t wow. Perhaps these songs are too light in their structure after all, despite the refined list of ingredients, or perhaps that it’s so acted out, and not always believably so, it just doesn’t quite sound sincere.

Solid if not entirely special, if you’re looking for fun over emotion or for a slightly different approach to modern day rock ‘n’ roll but not one so different that it challenges your grey matter, you could easily do worse than this. Whether you’ll yearn for an encore is another matter altogether.