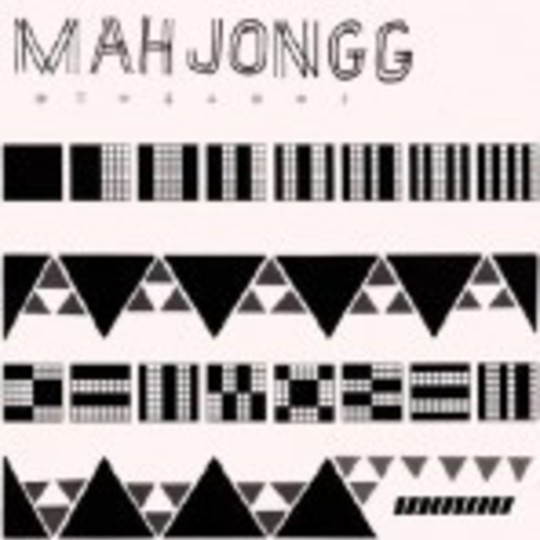 Chicago-based collective Mahjongg are one of those musical anomalies that will induce bursts of head-scratching and itchy feet simultaneously. Non-specific in terms of genre, and seemingly aimless - or should that be boundary defying? - in terms of where they see themselves heading, they’re a quandary whose music is both delightful and infuriating in equal measures.

Initially formed four years ago by long-time DJ and musician Frederick ‘Hunter’ Husar, Mahjongg's musical output since then has been sporadic yet diversely challenging. Indeed Kontpab, titled in homage to both Karl-Heinz Stockhausen's 'Kontra-Punkte' and a pre-war brand of breakfast cereal, is only the third release by the band since their inception.

Comprising nine songs in all, Kontpab feels like a collision of numerous musical aspersions from the last four decades, where abstract dance rhythms become dissolved in array of Can-like repetition, and free-form jazz rubs shoulders with atmospheric funk and math-driven lo-fi to create an alluring if occasionally confusing concoction of styles.

Highlights are varied and extreme, and generally not always for the entire duration of one piece of music either. What is quite ambitious is the way Husar and co lure the listener into a false sense of security; so for example, the opening gambit of 'Pontiac', sounding all for the life of it like an outtake from Mirrored, suddenly erupts into the ‘80s-fuelled hedonism of 'Problems', a dead ringer for New Order's 'Confusion' if the first version of the Human League were on synth-building duties.

Likewise the lo-fi punk of 'Those Birds Are Bats', placed unassumingly in the middle of the record and unashamedly out of place compared to the electro-gadgetry of its eight companions here yet sounding so right, almost like a brief respite, in the context of the album.

The closing 'Rise Rice' is probably the first industrial-based prog epic ever to see the light of day: imagine Front 242 jamming with Gong and you're halfway there. Angular beats collide over looped synths, almost to the point where one can only suspect the whole thing was pre-programmed while its creators went for a cup of coffee or something. Totally unexpected to the last, Mahjongg are something of an enigma, but an enjoyable one all the same.

Let the Blind Lead Those Who Can See But Cannot Feel