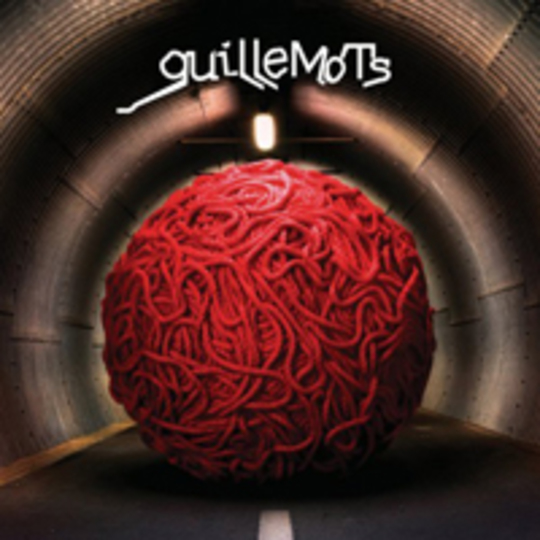 Do-gooding celebrities have never been my bag. Flicking through the daily rags to find a bosom of botoxed socialites slumming it with the needy frequently reintroduces me to a more coagulated form of my morning oats. The same can be said of that smug-pussed sect of the musical aristocracy who spoon-feed us shite about needing to make a difference to the world before skulking off to their countryside manors founded on sweatshop-produced merchandising and carbon-emitting live shows. (Bono, Sting, Jagger, McCartney: I'm looking at you.)

Thinking about it, this inherent scepticism of celebrity self-righteousness has probably been a feeding factor in my dismissal of Guillemots since they released 2006’s debut long-player Through The Windowpane (review). Sure, it was a record engulfed in crisp, string-laden indie-isms, but its tone was always too smirksome; too holier-than-thou in its pandering to the masses to merit attention. For me, this London-based quartet were a group who promised to soothe the music-buying public's ailments but delivered little more than earnest ballads whilst, at the same time, lining their pockets with our hard-earned coinage. Or, in short, a glorified Keane.

But full length offering numero deux is an altogether more adventurous proposition than the thimble-thumbing schmindie wincing of its predecessor. Red could be pop, it could be R&B, it could be disco. Christ, it could even be dub. Whatever way you wish to categorise this, it certainly ain't The Guillemots that I – nor anyone else who chastised the group as insubstantial meh-merchants – remember. But what I do know is this: Red is good. In fact, it’s very, very good.

Yet, taken as a whole, the facets of this genre-shuffling affair feel like the cringing culmination of your family’s record collection: yer da’s ostentatious pomp-rock is here, as is the old dear’s lipstick-caked ‘70s soul nuggets; your little sister’s glossy chart buggery also rears its naïve, hair-straightened head until wee bro' scythes it down with a trigger-shot of Timbalandic beats. And to top it off, mind that gin-guzzling, cheek-plucking embarrassment of an aunt? Well there’s a splattering of her Stock, Aitken & Waterman collection in here too.

Fucked up, huh? Well, after touching base with this multi-directional beast for the first time it certainly seems so, as a shower of futuristic sonics warp into straight-laced strum and drum before upping-sticks and launching onwards through a rhythmically skewed middle-eastern tangent. But, two, three, four spins later and Red’s mutilated exterior begins to heal as a patchwork of lush, fluid melodies that wiggles its way past resistant nerve-ends and into giddy, nauseated stomachs.

The gargantuan rumble of magnificent opener ‘Kriss Kross’ sets its precedent with a hooligan-like swarm of strings and brutal guitar that finds a willing accomplice in the pit of frontman Fyfe Dangerfield’s throat stretched bellows. This stinging intro eventually gives way to sleazy, lascivious loin-burning in the form of ‘Big Dog’ – a metallic synth shuffler that gyrates hips with such virile sexuality it makes JT’s ‘SexyBack’ seem like a laughable lunchtime fumble in the playground – before lounging out into ‘Falling Out Of Reach’’s summery acoustica.

And it’s the sum of these first three offerings that epitomises this lavishly produced record’s entirety. Undoubtedly inspired by the new-breed of indispensable, utterly infectious British Pop, tracks like ‘Get Over It’ (video) and ‘Last Kiss’ pout and pose their way into the razor-cutting dance-floor mechanics of Sugababes and Girls Aloud. But there’s more to it than splicing together a wealth of modernistic melodies - shades of Terry Callier and Gwen McCrae colour the slinky disco-kitsch of ‘Cockateels’; the wistful guise of Tracy Chapman seeps into ‘Words’’ sobbing down-tempo lament; and flashes of Sandinista-era Clash dart through ‘Don’t Look Me Down’’s muffled tundra of bass and drum.

All in all,_ Red’s a grandiose statement of intent, crammed with aspirational symphonies that run the gambit of popular culture over the past 40 years without ever succumbing to grating pastiche. And although the echoing layers of _‘Standing On The Last Star’ may stray just a little too far into Le Bon-like territory for comfort, the sheer density, scale and magnitude of this ambitious offering ensures the thirsty desires of pop-connoisseurs are quenched with plentiful slurps of lip-licking melody.