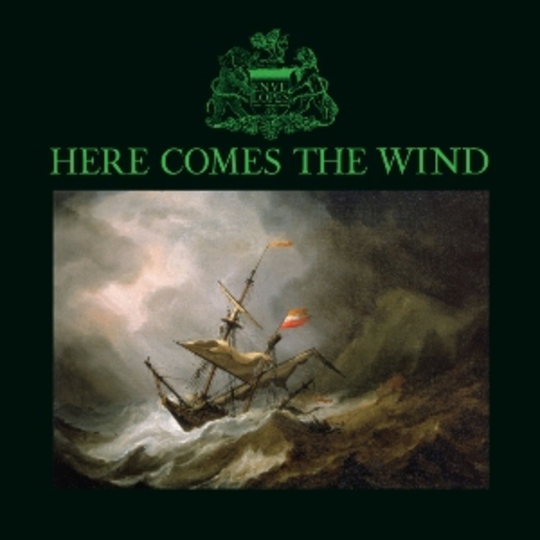 Who says long-distance relationships don’t work? When they released their debut album Demons in 2005, the members of Envelopes were living variously in Stockholm, Malmo and Paris. Somehow they managed to scrabble together enough time during school holidays to record their songs. We should rejoice at their persistence, that they refused to bow to geography, for three years on they’ve delivered a second album, Here Comes The Wind, that is a sumptuous miracle. Feral these songs roam, chasing us with their loose-limbed melodies, snapping at our ears with their frisky guitar and resolute rhythms.

Rollicking opener ‘Party’ betrays the band’s love of the Pixies, Henrik Orrling and Audrey Pic doing the alternating boy/girl vocals thing, Ulf Höglund pumping the bass full of amp-humping menace and the guitars buzzing like bees around a discarded soft drink can. In addition they’ve even worked in a reference to poodle-haired warbler supreme Bonnie Tyler: “Once upon a time I was falling in love / now I’m only falling apart / totally fucked from the start.”_ Amazing.

They’re back paying their respects to Black Francis’s Boston alt-rock legends on ‘Heaven’. But, hey, who cares if they’re flashing their influences so freely; it’s not the ingredients, but how they are brought together that makes Envelopes such a palate-teasing proposition. And they certainly have more than one means of piquing our interest. ‘Freejazz’ is a somewhat misleading title for a song whose zesty indie-pop recalls The Sugarcubes. Here Pic urges us to_ “make things happen, provoke them”_. It is an affirmative vocal and fits snugly with the undeniably uplifting feel of the music.

Elsewhere and Talking Heads are invoked on ‘Smoke In The Desert. Eating The Sand. Hide In The Grass’. The staccato guitar lines and jerky vocal create a bizarrely entrancing combination. All the while Orrling is intoning lyrical fragments, conjuring with image and metaphor, hallucinations transmitted from his head to his mouth. ‘Boat’ takes a more straightforward narrative slant, a familial tale ripe with emotional friction, the music here akin to the Velvet Underground’s most devastatingly unadorned moments. Think ‘I’ll Be Your Mirror’.

‘Put On Hold’ is bracingly different, its heavily treated vocal and slap and tickle electronica recalling The Postal Service. Its lemon sherbet, synthesised fizz is enjoyable, if a relative oddity within the context of this album’s guitar-led indie-pop. We’re back on more familiar territory for ‘I’d Like 2 C U’, all buoyant and in-your-face in a B-52’s style, those old bedfellows pop and romance creating an uncomplicated, but hugely enjoyable concoction.

The dully repetitive ‘I’m In Love And I Don’t Care Who Knows It’ is the one occasion on Here Comes The Wind when Envelopes are less than beguiling. It’s a ramshackle and wearying offering, the lyric and guitars droning in infuriating fashion. Redemption is not far away though and the final duo of ‘What’s The Deal?’ and ‘Seawise’ are reinvigoratingly spry. The latter track in particular is an instantly loveable little scamp, the guitar pleading, Pic’s vocal cool and compelling.

With Here Comes The Wind, Envelopes have delivered a smorgasbord of all the finest delicacies that indie-pop has to offer. It is a credit to inspired songwriting and impeccable taste.