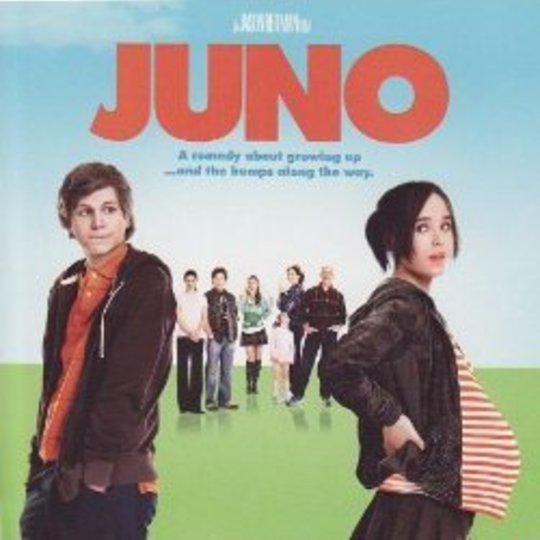 Ah, Juno. The movie all indie fans are expected to like because it features songs by The Moldy Peaches and Belle & Sebastian. It’s being so heavily marketed in ‘this direction’ that you’d be forgiven for thinking that rather than simply being a film, it’s actually some new youth movement that fey teenagers are aligning themselves with because they have a bit of trouble talking to the opposite sex and no one, no one but Kimya Dawson and Adam Green can speak their language. Is it this year’s Little Miss Sunshine? What does that even mean?

Enough of that. What you get on this soundtrack is a bunch of songs so irrefutably gorgeous and lovely that arguing against them just makes you sound like some sort of cynical joyless fucker who can’t understand the inherent beauty in putting ‘Expectations’ by Belle & Sebastian next to ‘All The Young Dudes’ by Mott The Hoople. It’s a cunning ploy from the compilers – how the hell can anyone with ears say they don’t want to listen to The Kinks’ ‘A Well Respected Man’ or Buddy Holly’s achingly sweet ‘Dearest’ or Sonic Youth’s cover of The Carpenter’s cover of ‘Superstar’? You can’t, because they’re all songs constructed and executed so well that even if you physically detest all kinds of recorded music you’ll probably nod your hear or tap your foot. Humans are hard-wired that way, or something. And yeah, there’s a surfeit of Moldy Peaches/Kimya Dawson material, but by and large they’re the less-offensive parts of the Peaches’ oeuvre. And they all sound like they’re advertising mobile phones or something, such is rise of scratchy anti-folk in the last few years.

The problem with this soundtrack is that, if the film ofJuno has done its job, then each one of these songs will be intimately linked with a character or an event that has real, quantifiable emotional resonance. Which is precisely the point of music and mixtapes, to be allied with an event on a personal basis for a person, or a couple of people. How many times have you thought of a song in your collection as ‘your song’ that you shoehorn onto every single mixtape you’ve ever made for someone you fancy because you desperately, passionately want them to turn up at your house at 3am with headphones snaking from their ears, weeping at the sheer fundamental beauty of that song and demanding you copulate with them immediately? But then how would you feel if everyone in the 16-22 demographic across the western world felt the same about that song? It’d be weird, wouldn’t it? And that’s what this is. Superb music, presented in such a way as to make it appear intensely personal, but it’s been farmed out to every pseudo-indie publication quite cynically. In the context of the film I’m sure it all works gorgeously, but as a standalone item it’s just a little suspicious.