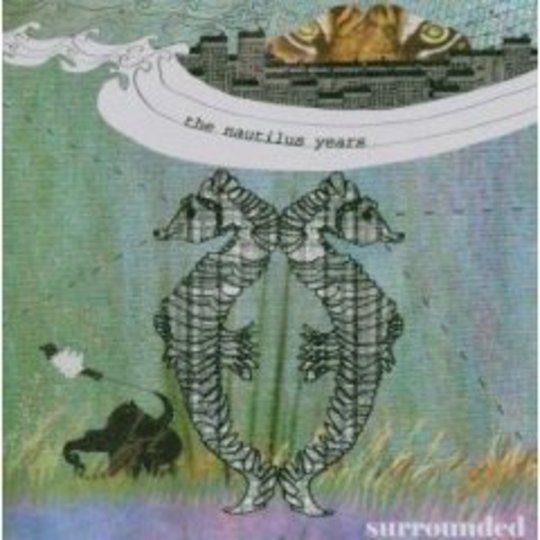 You know that bit at 6:08 in Sigur Rós’s ‘Flugufrelsarinn’ where Jónsi Birgisson’s voice stops climbing towards a crescendo and lets itself plateau in a soft moment of almost immeasurable loveliness? Where the climax, the money shot if you will, to the song is not built on surprise but on expectation? When Sigur Rós seem to be so totally in tune with the idea of what makes a perfect pop song that they move in exactly the direction that you want them to go? It’s not even a unique moment; it happens at least a couple of other times during that song and countless others throughout the course of the album. It’s not exclusive to that band or even that style of music – almost 15 and a half (!) minutes into Fucked Up’s new opus ’Year Of The Pig’ the battering ram of a racket drops away to a soft thrum of feedback and the same bassline that’s been pushing this one song to last as long as entire shows by Melt Banana. It’s so perfectly timed that it feels almost too easy, but it’s in fact astonishingly hard to pull off. Any band can throw wrong-turn after wrong-turn at you; it takes skill, judgement and soul to create something quite so natural-sounding. And Surrounded have created an entire album of such moments.

A laboured intro, sure, but how else to convey the grace and gentle beauty of The Nautilus Years? It’s like a bolt of lightning; while everyone else is looking for the next Winehouse why is no one looking for the next Flaming Lips? Surrounded aren’t the next Flaming Lips, but you can understandably see why you’d think they were, or at least want them to be – nine (nine!) seconds into opener ‘21st Century Paradise Traveller’ you’re convinced you’ve strayed into a gloriously melodic bridge where there’s some epic, shattering chorus around the corner. It can be disconcerting, waiting for the change that never comes, until you realise that every second (more or less) of the album is tinged with a gossamer-light touch that imbues it with the sense that rather than anticipating the drop, sitting back and bathing in its glow would be a much better way to enjoy it.

“I had plans for travelling planets / To revolve around things in blinking searchplanes…I need no home / Just something else that matters” croons Marten Rydell under a sheen of glistening, shoegaze-indebted guitars. It’s an album that has hopefulness etched deep in every note, such is its power. One could argue that it doesn’t actually go anywhere – archaeological digs move with greater speed than this – but that’s not the point. ‘Paper Tangerine Crush’ and ‘Human Pelagic’ are both so stately and ornate that you don’t even notice the fact that the latter is about three times longer than the former and their rich, verdant melodies are almost ethereal. Take away half of Kevin Shields’ effects and give him strict instructions to write a pop album or he’s not allowed his chorus pedal back and he might come up with this. Rydell and Marcus Knutsson’s guitars chime around each other with almost perfect precision – to finally make the belaboured point in the opening paragraph, just when you expect another stately riff to come and usher down a curtain of stars, it invariably does. And rather than coming off as predictable, it has a similar effect to seeing your best friend walk through the door exactly on time – something brilliant happens right when you want it to. If that’s bad; hell, I don’t want to like good music.

It’s not a perfect album (‘Bolder Acrobat’ tries too hard to have a beginning, middle and end and feels practically bereft of the emotion you’ve come to expect; closer ‘Swimming To Galapagos’ could and should be about 20 minutes longer) but The Nautilus Years is a work of such understated, almost casual beauty that it would be a crime for it to go unnoticed. It’s about as far from the zeitgeist without being purposely contrary (it’s happily lacking in Afrobeat influences / any kind of hype / guitarists wearing ludicrous sunglasses in all promo shots / female soul-based vocalists / dirty indie stage-school fops / anyone to do with Ed Banger or French electro of any kind) and wears its massive heart on its sleeve. Do your soul a favour and buy it.