This Is How I Found You 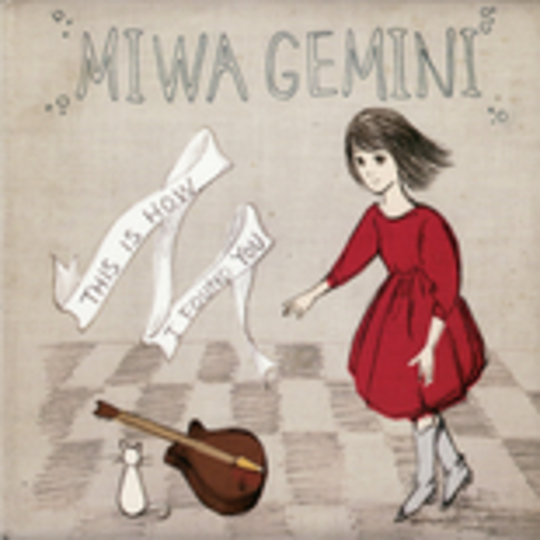 I feel ashamed and somewhat perplexed for knowing nowt of New York-based multi-instrumentalist Miwa Gemini’s previous output. Her feisty mew is cut from the same cloth as the vengeance-seeking felines who so brightly illuminated my younger years; y’know, the likes of Holiday, Harvey, Simone and Cline - the ones so intent on righting the wrongs of their good-for-nothing partners they drove a repentant dagger through the testosterone-riddled bones of all heart-breaking rapscallions.

Yet here I am, immersed in the heart of Gemini’s second long-player This Is How I Found You having never once encountered the rasping lash of her sultry tongue – and what a terrifying privilege it is. Because behind the curtain of this devilish, jazz-tinted affair lies a world where no man dares tread; a bubbling cauldron of deep-seated female emotion where us fellas play the pathetic part of drunks, philanderers, scoundrels and reprobates. And with every intrepid spin of this frothing, seething record, I begin to feel like a fraudulent makeup-caked, dress-draped, balloon-bosomed charlatan certain to be uncovered then hung, drawn, quartered and fed to a ravenous pack of men-hating vixens.

Perhaps such graphic depictions do Gemini a disservice, after all no record so entrenched in bitter retribution could have been crafted this diligently without having experienced mankind's (or should that be womankind's?) propensity to love. But amidst vampish, vitriolic tracks like ‘Pieces’ and ‘Crazy Over You’ dwells a darkly attired chanteuse ridden with animosity, loathing and repulsion; the sort of girl that says: “come one step closer and that ‘thing’ you call a truncheon will amount to little more than a pitiful excuse for a coat-peg” _ while a flesh hungry meat-cleaver glistens menacingly in the grooves of smooth effeminate fingers. And, as her soaring vocal marauders through the stifling rape of keys and snarling riffage emitting from _‘Travelling Man’’s blues-ridden haemorrhage, you’d certainly never wish to underestimate such gruesome threats of genitalia butchery.

Of course, in possessing that canny guile of scorned maidens everywhere, Gemini can embellish her wrath with effortless poise – strewing fluttered eyes glinting with lustful sexuality across ‘Room of You’’s whispered bed-baiting or the coy suggestiveness of the cotton-soft ‘Paperwhites’ – but these tender moments cease dramatically during the intersection of ‘Angel’s Prayer’’s magnificent nocturnal witchery. Gently guided by our hostesses initially muted tones, it erupts as a barrage of exasperating gothic fury that embroils her newly-acquired ragged exertions within a cacophony of blistered drums and unrelenting guitar.

In truth, it’s a track that’s as petrifying as it is terrific and one which quite possibly explains why I’d never previously acquainted myself with Miwa Gemini's mercurial talents. But, like some lecherous, slavering dog-on-heat that embodies much of my gender’s regretless libido, I have a sneaky suspicion I’ll keep coming back for more.