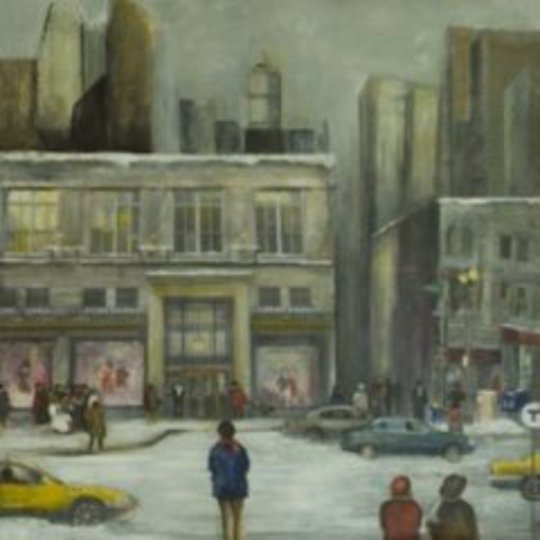 The Young Republic are a bunch of classically trained musicians playing, um, classical instruments set to indie-ish arrangements, but there the Arcade Fire comparisons end. Instead, on debut album 12 Tales From Winter City they sound more like Belle & Sebastian fronted by Cassadega-era Bright Eyes. It's a good sound, for sure.

Trouble is, for all their obvious technical ability, The Young Republic don't quite have enough songs - at least not yet - to really impress, or stand out from the crowd. That's a real shame, because there are some truly captivating moments on 12 Tales From Winter City.

Luscious, string-soaked ballads like 'Real Love' and 'She's Not Waiting Here This Time' (think Dylan's 'Desolation Row' played by Ryan Adams) almost, almost convince, but just lack that crucial hook or melody line to make them stick in the memory as being anything more than nice, and we all know that nice musicians finish last, don't we?

And when they pick up the pace, The Young Republic can't shake off the spectre of other bands of similar ilk - whether they've even heard the acts in question is debatable, but that they sound like them definitely isn't. 'Girl From The Northern States', for instance, sounds like Scottish hopefuls Butcher Boy (namely a winsome, Highland Smiths), while 'Paper Ships' could honestly be an Oberst out-take.

That head 'Republican Julian Saporiti has a decent voice is beyond doubt; as well as Bright Eyes there's a bit of Jack White in the mix too, but even his best vocal efforts just can't disguise the lack of many chest-bursting, fist-pumping moments on his band's debut LP. Material of this nature is never going to be pre-club hype music, but that doesn't mean it can't stir the emotions. In fact, that's an absolute prerequisite and only really happens here on the, admittedly rather great, 'Modern Plays'.

Of course, Belle & Sebastian largely leave this writer cold, so given their obvious similarities there are certainly people to whom this record will appeal. But, for all Murdoch and co's often cloying tweeness, you can't argue they don't have the songs. With The Young Republic, on the other hand, that's their one and only - but pretty damn crucial - pitfall.