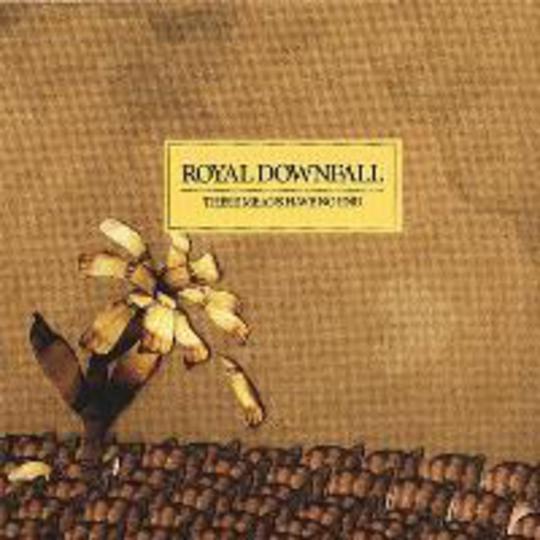 "We used to play punk rock, and still think we do," state Swedish quartet* Royal Downfall* in the letter accompanying their second LP. DiS's reply follows.

Thanks very much for sending us your new album These Means Have No End. We would mostly agree with your assertion that you still play punk-rock. Indeed, when we first popped the disc into our stereo, the raging guitars and blunderbuss drumming on opening track 'Hands Were Joined' made us sit up and take notice immediately. We thought about bands like Les Savy Fav, and Fugazi, and thought, "Yeah, these guys sound a little bit like those bands. This is a good thing."

However, we must tell you that, to our ears, the rest of record is a little bit too patchy to live up to those comparisons. 'A Backlash Is Here', for instance, starts off well but shoots itself in the foot by coming over all emo in the chorus. "This girl has seen enough of me," moans your singer, one Robert Tenevall, sounding all the while like The Hives' Howlin' Pelle Almqvist. This, we don't like. 'A Life Of Constant Failure' continues in the same vein.

Of course, you might well argue that some truly great punk-rock has been made by bands who discuss these kinds of emotional issues, but we would argue that, where such an approach has succeeded in the past, it's usually been courtesy of a non-specific lyrical approach masked by frenzied fretwork and a cut-throat rhythm section. Unfortunately, These Means Have No End sounds a little too pedestrian to successfully make use of the 'At The Drive-In defence'.

Don't get us wrong, Royal Downfall, because we find nothing to dislike about your sound. The breakdown at the end of 'Lightning Strikes Twice', for example, is nothing short of a cacophony, and is something we'd very much like to experience live. Indeed, we feel you're the kind of band who'd probably give a much better account of yourselves in some sweaty, dingy grime-hole than on record. This record, at least.

We think, perhaps, your biggest problem is that you're trying to hang on to your hardcore roots when what you'd really, really like to make is more of a pop-punk record. As a result, These Means Have No End falls somewhere between the two stools. We appreciate that you've all played in hardcore bands before, but perhaps it's time to let go of the past and embrace your pop tendencies. Some of the harmonies are very good ('A Modest Proposal'), and there are choruses here dying to get out onto the airwaves. Let them be free.

Once again, thanks very much for your letter and please don't hesitate to send us any of your future releases.