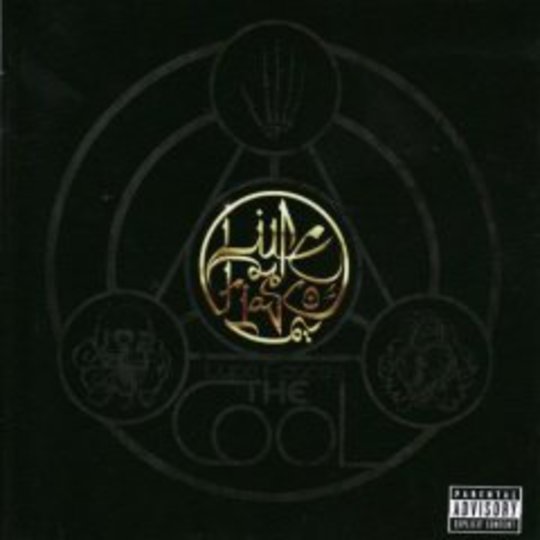 It’s worth mentioning, out of the traps, that this is a hip-hop concept record. It’s a framework within which characters go about their business, interacting, scheming, up to no bloody good. Here’s one, The Game (no, not The Game); he’s out, pimpin’ his whores, gettin’ rich or dyin’ tryin’, et cetera. The other, The Streets, is a female lead – she represents the ‘call’ of the streets. Between the two rocks The Cool – see, it’s the album’s title, and presumably our man Lupe Fiasco. Noted? Embedded? Good.

Well, truth be told, it doesn’t really matter if you care for the concept or not – The Cool isn’t an album distracting enough to warrant deep analysis, beyond the words of its architect himself, paraphrased above into something a lot less unintentionally amusing.

The major fault here is the production – glossy and glitzy as many of its 19 tracks (only with hip-hop records do you seem to get such a ludicrous number of tracks) are, there’s a flatness to them all which renders them considerably limper than any guesting rapper might have felt in the studio. Here’s Snoop, rasping his way through ‘Hi-Definition’ with plenty of nasally gusto, yet all the twinkling values beneath his duelling rhymes – one thing in Fiasco’s favour is that he can truly spit furiously when it’s asked of him – can’t raise the standard of the overall song to anything nearing, say, the singles of Kanye West, the man essentially responsible for breaking Fiasco into the mainstream courtesy of a ‘Touch The Sky’ spot. Whereas the Graduation star’s releases have, until recently, been of an almost imperial quality, The Cool is bloated with an odd hollowness, if that makes any real sense – it’s an album over-cooked ‘til it looks appetising enough but lacks any memorable flavour.

‘Streets On Fire’ comes perilously close to sounding like a ‘Clubbed To Death’ clone, yet a glance at the credits reveal no mention of Rob Dougan. A note to the one-hit composer: you should probably check this track against your own, just in case there are royalties owed. Landing mid-way through the proceedings, the track’s a brilliant showcase of Fiasco’s excellent wordplay and dizzyingly delivery speed; but beyond that it’s lacking originality enough to mark its maker out from a crowd of samples ‘n’ scratches arrangers.

‘Go Go Gadget Flow’ quite transparently lifts a trick or two from the Dre school of production, echoing perfectly the string-laden menace of ‘Forgot About Dre’; problem, of course, being that said track’s eight years old. The UNKLE-propelled ‘Hello/Goodbye (Uncool)’ lingers after the album’s 70-minute duration as a standout, but primarily because it dares to split with convention, live instrumentation giving it a fuller feel than the flat-line languidness of so much preceding it (15 of 19, since you asked).

There’s no doubting that Lupe Fiasco’s intentions with The Cool were pure – to piece together a complex conceptual puzzle across a single (albeit lengthy) compact disc, ticking as many boxes as possible along the way by employing choice guests and mixing studio fiddling with live rawness – but the execution lacks the finesse that fans of his Grammy-nominated Food & Liquor album were so enamoured with two years ago. This is a record unsure of its form, uncomfortable within a skin so clearly better suited to a more experienced musician, with more confidence to truly breach their boundaries of comfort. Without any real spark, or vigour, The Cool is a respectable but ultimately forgettable follow-up to a, perhaps unfortunately, precedent-setting debut.

There may be very personal reasons for its unfulfilled ambition – they’re not for assessing here – but these are moot points in the context of an album review, analysing the music first and the method second. Simple summary: a comparatively sterile shadow of its predecessor.

Sun In My Pocket EP