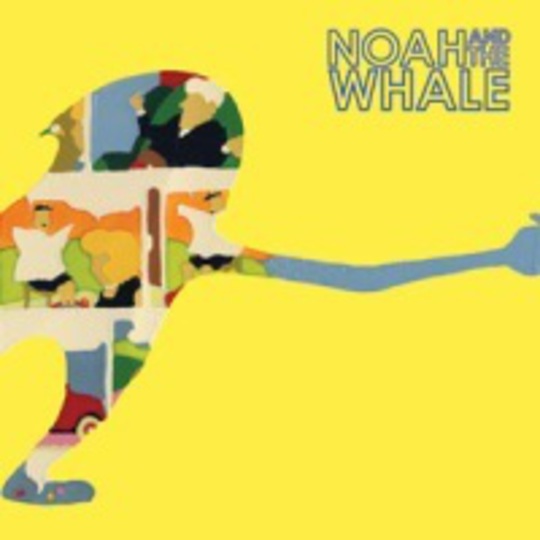 Noah, of course, captained an Ark to safety from heavenly floods (and was a terrible drunkard, so another DiS staffer informs me); had he been given a whale instead, no doubt things would have been somewhat smoother. After all, he could’ve just stayed put and let the waters come up around him, snug and safe amongst his many animals in the belly of a beast. Or two, even, as surely Mr Whale would need some female company once his passengers had bailed onto newly dry land, Pinocchio and all. What? Sorry, this single is so fantastically limp it’s sent my mind spiralling into nonsensical twittering. Yeah it’s there – Charlie Fink murmuring sort of sweetly in my ears – but it’s tough to stay focused on ‘2 Bodies 1 Heart’ as soon as you conclude that roughly three-dozen others do this woozy folk thing better than Noah And The Whale. Might as well listen to them instead. Fair.

Listen closely and Fink’s wordplay is pretty special – like Eugene McGuinness, he has a way of twisting what should be wholly mundane into lyrics that impress – but the tone of his voice is too boggy, too muddy, to have you caring about what he’s expressing. Something about muddling Halloween and Christmas… something… no, no… it’s gone. Nice trumpet, mind, and it’s unfair to rain heavily on Fink’s parade as there’s nowt inherently wrong with anything here.

Additionally, though, there’s precisely nothing overly special about it, either. Not as special as Bible Stories… Remember when you’d be in school, and your R.E. teacher would make time at the end of a class for ‘reflection’ on what you’d just been taught? No? Just me? She didn’t believe anyway. Heathen. We all thought she was at it with one of the history teachers, too.

I Can Hear Your Heart