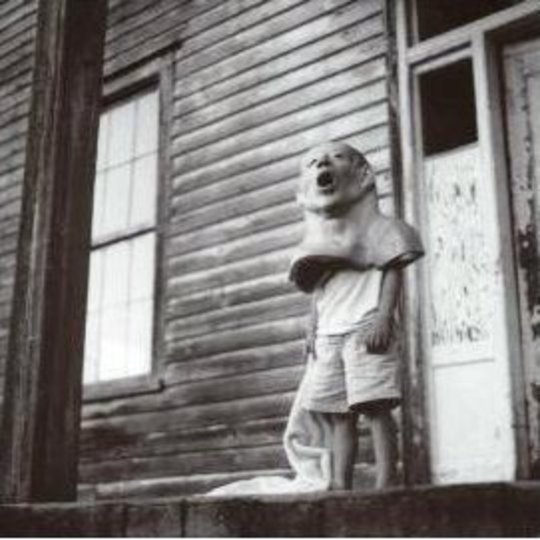 Human Bell are Dave Heumann and Nathan Bell, two guitarists both well respected within the music community – Bell notably for his stint in Lungfish, Heumann for his work with the likes of Cass McCombs, Will Oldham and Dave Pajo.

Considering that these are two such accomplished and experienced musicians, who themselves have been worked on challenging and acclaimed records, it’s surprising how unchallenging their debut record, EPON (or simply self-titled, as advertised/reviewed elsewhere), is at times. While I’d never want to tarnish the record or the band with the label ‘post-rock’, there are times when the group veer dangerously close to that territory and the murky waters of repetition and conservatism that occasionally surround it. The skill and the craftsmanship is evident throughout, but often the songs themselves just don’t have enough flesh on them (dare I say it, enough ideas) to make this album really recommendable.

Opening track ‘A Change In Fortunes’ labours like much of the record, the guitar playing light and dextrous, yet the song itself never really gets going. Similarly ‘Splendour and Concealment’ builds up nicely to a similarly engaging riff, only to then fizzle out after that. It’s hard to pick out a standout track when all the songs follow the same formula, Slint’s simple, dark atmospheric rock at times being the blueprint. Yet there was a poetry to Slint’s work that set them apart; the music here is subtle and intelligent, but, sadly, rather dull. ‘The Singing Trees’ closes the album in a hard-rock bluster, but, like most of the songs on the record, just repeats ‘til fade.

It’s probably closer to the mark to compare Human Bell to Six Organs of Admittance or Charalambides than any real post-rock act, the prominence of the guitar work and the delicate, atmospheric drumming creating a similar aesthetic to that purveyed by those two groups. Yet Ben Chasny especially allies skilful guitar-work with an almost gothic musical complexity, his songs multi-layered and multi-faceted. Human Bell, for all the admirable musicality, remain slightly lacking in ideas; mono (pun intended) to Chasny’s Dolby surround.