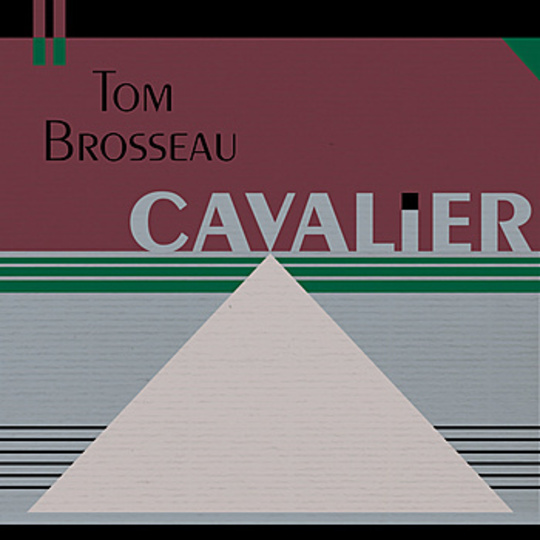 Cavalier is reputed to be Tom Brosseau's "most personal record to date", and that's a phrase which sets alarm bells ringing in this writer's head. It's often a way of disguising the fact an album lacks broad appeal, is self-indulgent or just plain boring.

In this case, none of those are accusations that entirely hold water (though, in places, we're up to waist height); instead it's simply a case of Brosseau's most personal record to date dropping at a time when every Dev, Eugene and Emmy is attempting to do something a little more interesting and forward-thinking with 'folk' music.

Cavalier, in its pursuit of a purer folk-derived acoustic music, just ends up sounding a little dull and lifeless in comparison. But, hey, this is coming from somebody who finds Dylan's electric work infinitely more satisfying than his early unplugged stuff. Go on, shoot me.

There are certainly good bits, though. At his most downbeat ('Amory', 'My Heart Belongs To The Sea'), Brosseau sounds like the reincarnation of Nick Drake - understated of plucking, trembling of voice - whereas on 'Committed To Memory' his slide-guitar playing evokes a slightly more lascivious mood ("I've got your number, honeydoll"). It's my personal favourite, if only because it sounds a little bit Beefheartian.

That kind of wanton experimentation isn't Brosseau's thing, though. At least not on this record. The rest of Cavalier is delivered in understated acoustic mode - as good as his playing is (and it's really very capable), the songs fail to tug at the heart-strings in the fashion Drake's or Buckley's, for instance, manage effortlessly.

Of course, they're both widely acknowledged as peerless singer-songwriters, masters of the genre, and Brosseau is bound to suffer in comparison. It's inevitable, though, that if you're content to make a record that simply apes those who inspire you, regardless of its qualities, you're going to be judged in their shadow. Just ask Willy Mason - the new Bob Dylan, remember?