Made In The Dark 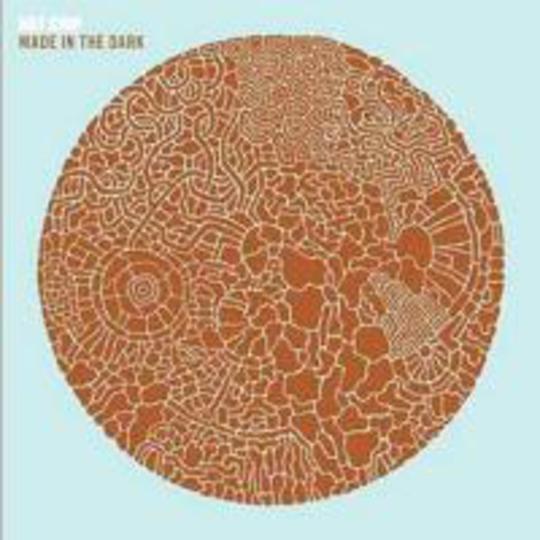 It’s testament to Hot Chip’s scholarly approach to pop that they’ve not forgotten one of the genre’s most basic fundaments, which is how to wring maximum pleasure from the simplest of chord changes.

The deal-breaker in question arrives a little over ten minutes into their anticipated third album, Made In The Dark, and actually sums up rather eloquently the band as a whole. ‘Ready For The Floor’ opens in a hail of faltering vocals and karaoke glitch, at length a minor chord is rolled out, and the band’s mastery of indelibly-etched melancholy floods over you in Technicolor shades of joy. Savvy, soufflé-light and affecting all at once, it’s everything Hot Chip have always threatened to be, but it’s a moment that’s curiously in short supply over the rest of the album.

Not that there isn’t plenty to enjoy. Quite the opposite: Made in The Dark bounds out of the blocks like a used car salesman spying his first customer of the day. ‘Out At The Pictures’ is flat-pack electro-pop a lot like Devo in their spud-fixated pomp, hobbling around on a collapsible beat before casting off its shackles and thrusting about like the strutting peacock nerd we always knew it would be. ‘Shake A Fist’ is like lighting a firework and watching it fizzle obstinately to nothing before having it go off in your face, such is the force with which it explodes off the back of a sly Todd Rundgren sample midway through.

‘Bendable Poseable’’s spring-loaded rhythms shimmer and strain like malfunctioning appliances in a showpiece kitchen from the near future, abetted by a disconcerting lyric: “there are holes in what we do / there’s hole between me and you”.

But once they’ve charmed the kecks off you there remains a niggling feeling that just acting natural might have suited them better, particularly in light of a second half which runs quickly out of ideas, like some guest at a party whose attention-grabbing antics strike an increasingly manic note until you discover him at 4am weeping softly on the staircase with his knob out.

It’s an album distinguished by rococo flourishes like the churchy synths that hang heavy over ‘Touch Too Much’’s intoxicating choruses, or the wild trance-pop flailings which rudely interrupt ‘Don’t Dance’ and may yet see Haddaway stop pondering amorous concerns for a second or two to consult his lawyer. Joking, of course. But it really is that wacky.

‘Hold On’ may revisit the cerebral funk of Fear Of Music-era Talking Heads but somehow the overall result is more Chic than it is Arthur Russell. And 'Wrestlers'' just irritates - their playfully menacing side never seemed ingenious to me, as if being held to ransom for your lunch money by a five-foot twerp – just walk away.

Ballads remain a strong suit, particularly the easy grace of the title track, but more often than not sit awkwardly next to the more toothsome numbers and feel under-produced by comparison.

On a record full to bursting with fizzing tangents and skewed fireworks, ‘Ready For The Floor’ remains the sole symmetrical bloom in the truest pop sense. Which can be seen one of two ways: as Hot Chip’s moment to carve out a tour de force of populist songwriting in the vein of Dare or Lexicon Of Love, Made In The Dark must rank as something of a missed opportunity, but as a bigger, bolder (if overlong) follow-up to a deservedly popular second album, they’ve succeeded admirably.

Still, how about that chord change?

This Is How We Live Now