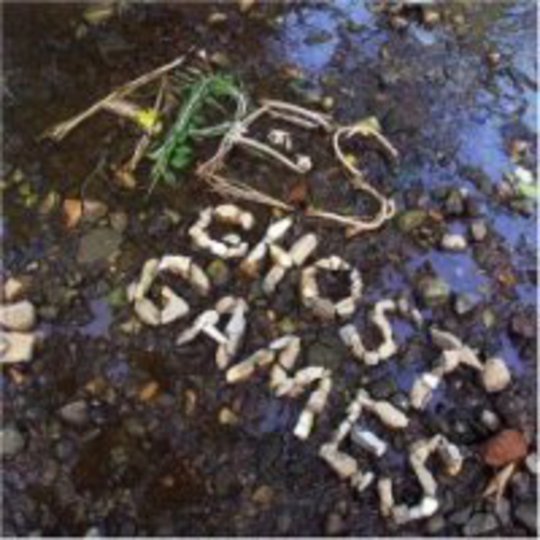 While they’ve enjoyed relationships personal and professional with such indie scene luminaries as Yeah Yeah Yeahs, Liars and Les Savy Fav, Washington DC’s Apes (or The Apes – I’ve never really known) are yet to break out of their weirdo-pop ghetto. Their live shows are as incendiary as they come, and each of the band’s three albums prior to this, their first for the Gypsy Eyes label and first to feature new vocalist Breck Brunson, has contained its share of potential crossover singles. Yet mainstream acceptance has alluded the foursome, and Ghost Games, for all its qualities, is unlikely to prompt a reversal in fortunes.

Perhaps the band’s problem is of their own making – their arrangements feature no lead guitar, with keys and bass the guiding instruments as drums are kept in check by astute sticksman Jeff Schmid. Without this essential element of next to every pop-cum-rock success story of the past fifty years, Apes are a man down in their campaign, and a vital man at that. Not that they care, it seems; without a six-string’s presence many a song here bucks and kicks like the best indie-club jams laid down in recent history, Amanda Kleinman’s powerful synth notes more than compensating for commonplace riffs. Plus, Apes’ songs have always been as much about the lyrics as the melodies and rhythms, and in Brunson they’ve a performer able to breathe new life into old Paul Weil-fronted pieces and deliver the goods to an even greater standard when charged with leading these latest offerings.

Influentially Ghost Games leans on records from the past three decades, incorporating the retro-flow of ‘70s classic rock, the spaced-out surrealism of psychedelica and the acid-burned fallout pop of the early ‘90s. It’s an album of many a parallel, but few direct comparisons, Apes’ wholly unique characteristics ensuring originality remains their staple dish. Thematically, it’s apparent we’re in semi-supernatural waters throughout – ‘Walk Thru Walls’ is a delightfully rampant romp full of eerie organ licks, while ‘Dr. Watcher’ possesses a stuttering percussive spine that keeps the creaky whole from collapsing down into whatever dread-filled basement lurks beneath the practice space these songs found life within. The album title, too, is indicative of the spirit (oh, ha ha) that flows through these eleven tracks – it’s a little out-there, a touch otherworldly, but completely in tune with modern pop sensibilities too. Save for that absent guitar, of course. Presumably the ghouls had it away.

Brunson has stated that Ghost Games marries the fictional and factual generalisations of this world, and that there are now new social concerns in these Apes songs alongside the familiar storytelling. Whether you choose to focus on the conceptual frameworks of each piece or just dance ‘til your toes get sweaty is up to you, but either way you’ll be having a blast. Apes aren’t about to crack that ‘til now ignorant mainstream with this fourth offering, but established acolytes and curious newcomers will find much indeed to be super-stoked about.