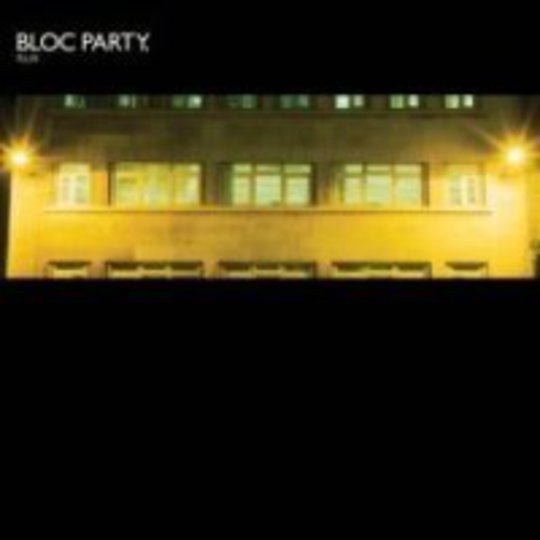 Don’t you wanna be relevant? Bloc Party clearly do: into this however-brief age of rave beats ‘n’ glow in the dark pieces, the Londoners have dispatched a standalone effort set to sit ‘tween Klaxons and some other kiddie-tastes-tickling outfit of synths and bleeps > guitar licks and drums. ‘Flux’ is its name and… erm…

…It sounds like horrible elevator musak for a Minority Report world, where there’s no danger on the streets, none of the positive tension of their London-bombing referencing A Weekend In The City LP of earlier this year. Safe, secure, predictable: this is dance music for souls homogenised by dictated convention – perhaps more Demolition Man than Philip K. Dick adaptation, then. Whatever Kele has to say here is obscured by shockingly primitive beats – this sounds like a bad remix (Eiffel 65 maybe?) of a bad Bloc Party song, like an echo of a filler track from a mid-‘90s rave compilation. Mr C wouldn’t be seen dead dropping this into a set at the height of his E-shovelling notoriety, that is for sure.

“We must talk about our problems… we must escape this state of flux.” Rarely, Kele, have truer words tumbled from your motor-mouth: once this period of change ends and Bloc Party settle back into more suitable colours we’ll talk about those problems, but ‘til then you’re on your own with offerings as sub-standard as this.

Video’s a bit rubbish, too
Log-in to rate this record out of 10
Share on
Love DiS? Become a Patron of the site here »