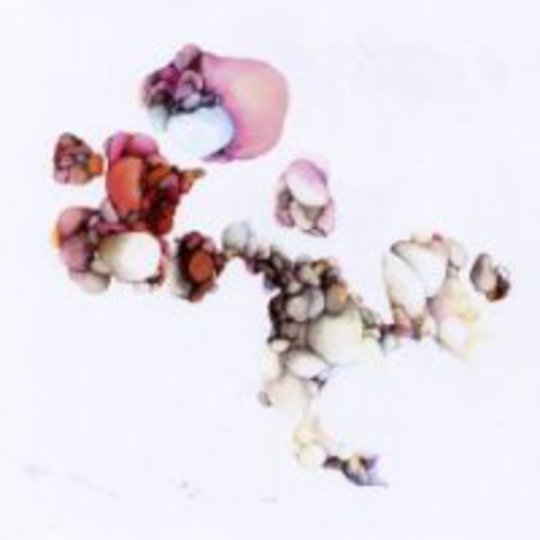 Far from previous guttural ventures from the prolific Portland noise-mongering duo Gabriel Mindel Salomon and Pete Swanson, At All Ends finds Yellow Swans sifting through the bowels with their staple drones clipped, mannered where once they were vulgar bouts of neutered noise. As part of a DIY scene that has witnessed the pair self-release impenetrable catalogues of their numbing drone via the CD-R distribution of material, At All Ends is a difficult dose, constantly in uncomfortable limbo as it flickers between the outfit’s trademark squall and something far more transient.

Feeling like the initial stages of a comedown, it’s all too awkwardly sobering, uncomfortable rather than a snug rut; away from the gorgeous dirge of 2005’s Psychic Secession and towards something far more self-effacing as each composition stretches out and sifts through guises. It takes some time for the opening title-track to nestle in, as distortion increasingly bleeds into the track over its twelve-minute span, often conveying aspects of a collage pasted together as hooks chime starkly through the fuzz like a resilient national anthem – equal moments of brilliance alongside their usual electronic usual tide.

But on the whole, At All Ends lacks invention. 2007 saw drone taken on tangents, particularly memorably for the way that No Age pasted Yellow Swans’ bitter brand of ambient drone into their raucous hardcore to produce one bastard hybrid, compulsivity standing out of a ditch of digital white noise. At All Ends, though, is tiringly elongated, not too far removed from an unassuming film score. This is no more the case than on slow-burning closer ‘Endlessly Making An End Of Things’ (a title taken from poet Paul Celan) where, rather than anything lapping to arrest attentions, the song merely contentedly plays out.

Rather than the cold industrial grind of Wolf Eyes or the seditious pining white noise of Whitehouse, Yellow Swans are use noise as a tool to build an atmosphere now surely for making children weep. But other than the occasional undercurrent that drags you down amid its electronic swell, At All Ends is difficult to engage with as it uneasily sprawls itself out. Still, there are plenty of signs that these DIY darlings are attempting to change the shade of their piss-stained coat.