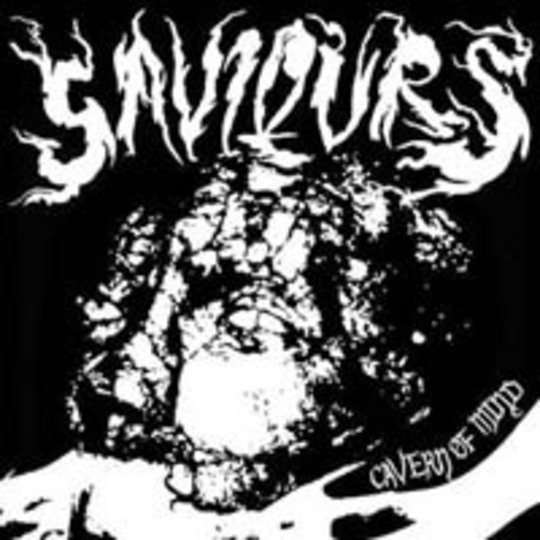 With a Mastodon tour support under their belts and production work from Evil Joe Barresi, whose credits past include Melvins and Tool, you get a grand idea of what to expect from Oakland’s Saviours long before getting this limited-edition 12” home and on the turntable.

And the expectations ring true: this is classic, doom-laden modern metal in the vein of both the Atlantan masters of progressive arrangements and the rather more direct High On Fire. These drums, they just don’t quit, and the impact on senses dulled by so much mediocre indie-rawk these past few months – since the last Torche release, anyway – is suitably brutal.

With only 1,000 of these etched-on-one-side babies out there, worldwide, fans of accessible yet truly heavy, riff-dominated rock are advised to splash their cash ahead of Saviours’ return to UK shores, in March alongside The Sword.

Live video: older, but an idea...
Log-in to rate this record out of 10
Share on
Love DiS? Become a Patron of the site here »