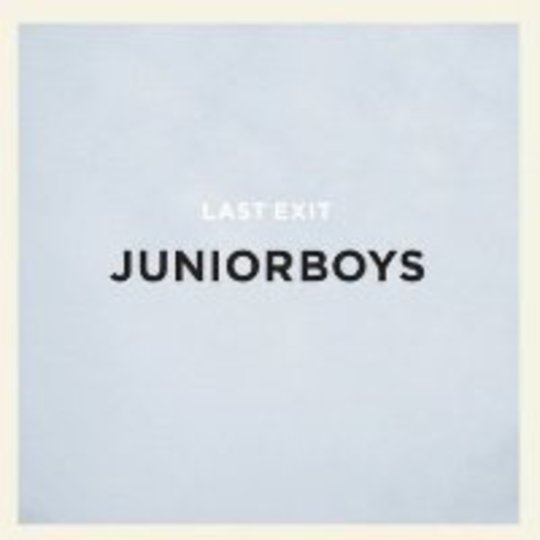 Considering they hail from guitar-loving Canada, it’s almost surprising that Junior Boys have proven themselves so adept at crafting rich electronica drawing deeply on the sounds of two-step, garage and vintage synth pop. Yet proven themselves they have since the release of 2004’s critically acclaimed Last Exit and the even more widely lauded_ So This Is Goodbye_ of 2006.

But why talk about this now, you may ask? Well, hindsight is indeed 20/20 and the passage of time finds Domino seeing fit to reissue their 2004 double-disc US edition of _Last Exit _as one single disc - including all the extras and two excellent remixes by Caribou and Fennesz. For those already endeared to the band, little more needs to be said. So the following is for the un-swayed and unfamiliar.

Junior Boys are one of those few groups appealing to the broader-minded individuals among the indie set, while simultaneously drawing favour from sections of the dance community entranced by the likes of early Human League, classic Chicago House, Detroit Techno and the minimal beats still emanating from East Berlin squats. Picture the members of Hot Chip and you’ll get the point.

It all rests on the band’s ability to craft a forward-thinking whole that, from the opening clicks and stutters of ‘More Than Real’ _to the show-stopping electro-psychedelic swells of _‘Teach Me How To Fight’, references everything from Timbaland and Carl Craig to Gary Numan and even the smooth M.O.R of Hall & Oates. This may sound like the fixings for a musical identity crisis but, much like Burial’s recent efforts, Last Exit is a clear vision of a record weaving a tightly wound emotional experience out of melancholic urban beats, icy synths and the hushed magnificence of singer Jeremy Greenspan’s vocals.

Ultimately though, Junior Boys are a group who, with one foot planted firmly in the underground and another kicking about the edges of the mainstream, create pop music for a world where intelligence and creativity are valued over hollow spectacle and the watered down karaoke we’re repeatedly forced to endure in our own living rooms. Domino claim Last Exit is “a lost classic that demands to be revisited”. Looks like they just might be right.