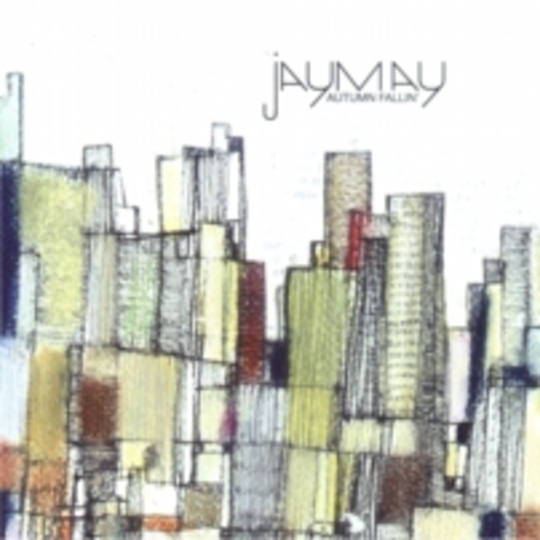 If familiarity breeds contempt, then Autumn Fallin' is just begging for someone to use it as a doormat.

The debut album from twenty-something New Yorker Jaymay is not just the intersection point of the accent and inflection of Regina Spektor, it's also in places more like the velvety vocal advances of both Emily Haines and Leslie Feist, in places similar to all three of the above at once. Little surprise, then, that it feels almost instantly familiar in its lightweight radio-pop style, though it does its best to branch out into anti-folk territory, the quirky love songs moving from fondly reminiscent (‘Sea Green, See Blue’), to acceptance of those events less welcome (‘Ill Willed Person’).

Like reading part of someone else’s diary before you’re rumbled and have to scarper the stories within rarely conclude, instead providing you with mere snippets of an ongoing saga, from the tale of the girl desperately trying to be happy with one despite longing for another in ‘Gray or Blue’ or, at various points elsewhere, the borderline-obsessive outpouring of emotion and the reeling off of memories, written with all the lustful desire of a starry-eyed and hormonal love-struck teenager. Based either on acoustic guitar and piano and often filled out with the standard rock arrangement of bass and percussion, with the odd string section thrown in for good measure, they’re not complicated but no less effective given that the centrepiece of each song is doubtless the voice of Jaymay herself and subsequently the associated lyrics, which manage to communicate the memories which probably only mean something to one person without being overly sickly, though lines like “you threw away my shoe / I brought you to Central Park zoo / then I drew your eyes very blue / and I stuck them on the fridge” might not have a perfect strike rate.

All’s good then, but is it good because Jaymay herself is good, or good because in places Autumn Fallin’ sounds so much like something else? The title track, apostrophe and all, crosses the line between sounding like and sounding exactly like Spektor, though few of the songs here would rival the best moments of, say, Soviet Kitsch. And so, like replacing an ex with a similar model, it’s hard to tell whether this is pleasing on merit or whether you’ve been conditioned to feel this way about it by your conspiring bastard of a brain.

You may feel weirdly empty on the walk home, you may tell your friends you’re fine, you may even refuse to accept that the part where the ten minutes of the same structure on repeat in ‘You’d Rather Run’ drifts into the annoyingly-exuberant two minutes of swing for ‘Hard To Say’ is actually quite poor, but the chances are that you’ll go back to Autumn Fallin’ for no other reason than just because.