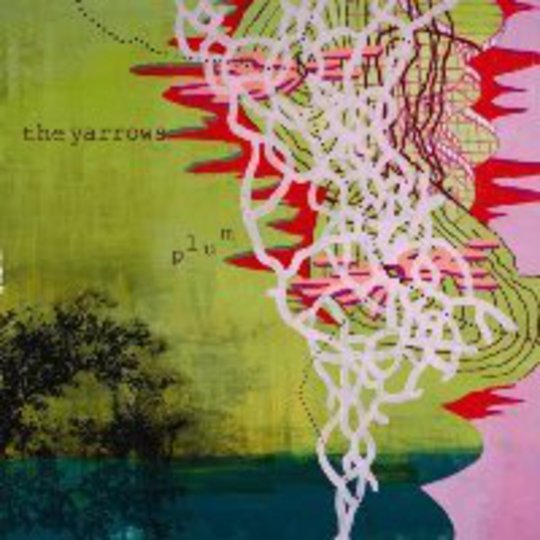 Plum presents us with a very dense sadness, a reliance on tested means and the sound of a world being created. This world is a cube with its edges bent slightly inwards, a circle on the cusp of being called an oval, maybe spinning a little too close to its source of light. The Yarrows survive in this world they've created through tremulous mistakes that sound warmly intentional, and the homespun idiosyncrasies of previous sadness-peddlers like Grandaddy. But with less tragedy through humour. Just tragedy.

The octave-gap synthesised vocals on 'Cellophane' trip over each other at the ends of phrases, not the seamless sound they could be but a vision of imperfection. You know that the guitar isn't going to do anything but just carry on going wah-wah-waaah… wah-wah-waaah… wah-wah-waaah! on 'May', but you listen instead to how things are changing underneath and around it. The shuffling drums and whispered vocals of 'Impossible One' slink into clever uses of seventh scale degrees and pleasantly rising melodies. It's all a bit heroic, all these mistakes and over-emphases and clashes of senses and brains.

Like Australian misery merchants Devastations, The Yarrows survive as long as they continue to be disappointed and fall out with people. Also like Devastations, their music is just about palatable enough to be obviously difficult, but still simple and relatable enough to make it actually even more palatable than something that doesn't have so many difficult sentiments in it. If that makes any sense. It's kind of backwards, but also kind of excellent. It may not surprise the listener as much as it could, but Plum is a clever enough, sad enough and brainy enough enterprise by the virtue of its little quirks and corners. A little more danger, a little more expansion and a retention of the beautiful sentiments will make the next album glorious.