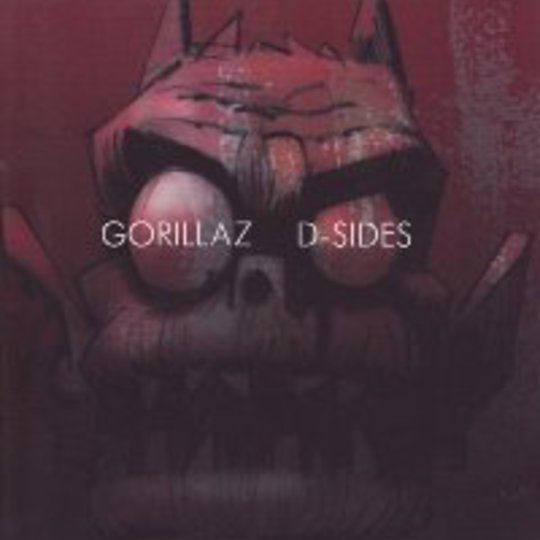 The world’s a grey old place. Otherwise why would God have made Damon Albarn so talented? It’s a defining moment for any child of Britpop drifting into the dreary uncertainties of adulthood; the realisation that, much as you might think the man a prat, Albarn is simply too fine a songwriter to dismiss. Oh the bitter tang of thwarted youthful ideals, and all that jazz.

For many, Gorillaz were the band to nurse them through the realisation, or more specifically the slew of superior singles the group produced on the release of second album Demon Days. Songs like ‘DARE’, ‘Feel Good Inc’ and ‘Dirty Harry’ were simply bigger, bolder and beefier than anything they’d produced previously, dispelling the unfortunate whiff of flimsy art wank that hovered round the band since their inception.

Crucially, Gorillaz gave Albarn much-needed impetus to start writing focused pop records after an eternity of art rock noodlings begun in earnest by the lo-fi retreat of Blur’s self-titled 1997 release. And if Jamie Hewlett’s cartoon creations kept Albarn’s self-important mug out of the press shots for the band, then so much the better.

D-Sides, then, follows on from 2002’s collection G-Sides, gathering B-sides and outtakes from the Demon Days campaign, a release whose dubious claim to existence is perhaps bolstered by the very real possibility that Gorillaz have shimmied their last.

Trouble is, B-sides have never exactly been Albarn’s strong suit, thanks mainly to his incurable dilettantism and aforementioned onanistic tendencies. In addition, should we choose to engage with the concept of the band as über-pop group, do we really want to see them denuded and demystified in such casual fashion?

Never is the fallacy about true genius needing no editing more appropriate than with Albarn, but it’s equally true that talent will invariably come good at some point, and so for every shrugged shoulder and pained wince that D-Sides may elicit, there’s a reminder of the wellsprings of inspiration that laid the basis for that second album.

So while the Ian Dury-esque blabberings of ‘Rockit’ is a goof too far, ‘We Are Happy Landfill’ sounds terrific and draws lines between Tom Waits and Madness you’d never have wanted drawing in a million years. And ‘People’ sounds hit-worthy until you realise it’s an embryonic version of ‘DARE’, ‘Bill Murray’ is a decent tune all of its own, revisiting The Specials’ brooding ska with the aid of retro pop-skankers The Bees. Elsewhere, the strings and shamisen-assisted ‘Hong Kong’ is a sultry acoustic shimmer featuring an affecting vocal turn from Albarn in the vein of Think Tank single ‘Out Of Time’.

The second disc of remixes from the likes of DFA, Soulwax and Jamie T shows exactly how well-regarded the group is among peers, it’s just debateable whether this collection really adds to their critical stock. It's like watching a making-of doc for some claymation cartoon or other; a millimetre here, a nanometre there, all fascinating stuff, but all you really need to concern yourself with is the end product. Which this release unfortunately isn't.