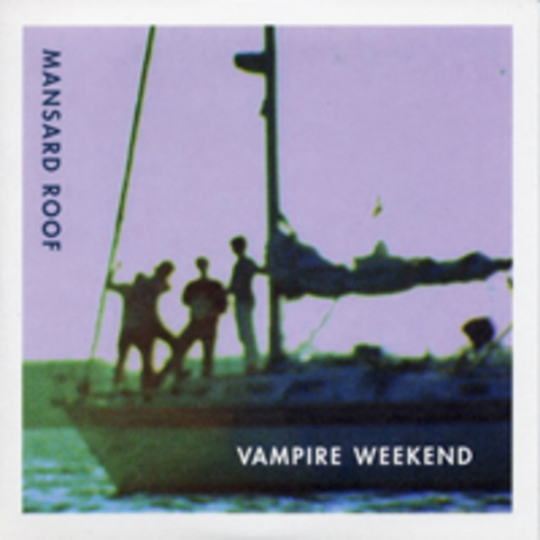 Describing yourselves as “Upper West Side Soweto” isn’t the best way to amiably introduce yourselves, but, for all their bombardiering flaws, Vampire Weekend’s debut AA release of ‘Cape Cod Kwassa Kwassa’/‘A-Punk’ had a certain charm. Rather than distance their preppy stature, the Brooklyn quartet played up to it, overtly MOR but with darting Congolese riffs that would leave Andy Kershaw in fits positioned awkwardly over Ezra Koenig’s earnest croon, calling out like The Walkmen’s Hamilton Leithauser collapsed in a deckchair, tipsy on vermouth, with Graceland pining in the ears.

“I see a mansard roof through the trees,” exclaims an enraptured Koenig as he gazes round as if on a day out from the institution, picking geraniums and wavering with the beauty of the world outside. Whilst utterly unconvincing there is something unwholesomely satisfying about it all, but far from the ‘afro-pop’ hyperbole. Instead, as it starts to spiral with lightweight Disney delirium it is as indebted to the same gurning jive Jack Peñate treads as the guilty pleasures Yeasayer so precariously grabbed at to avail on All Hour Cymbals.