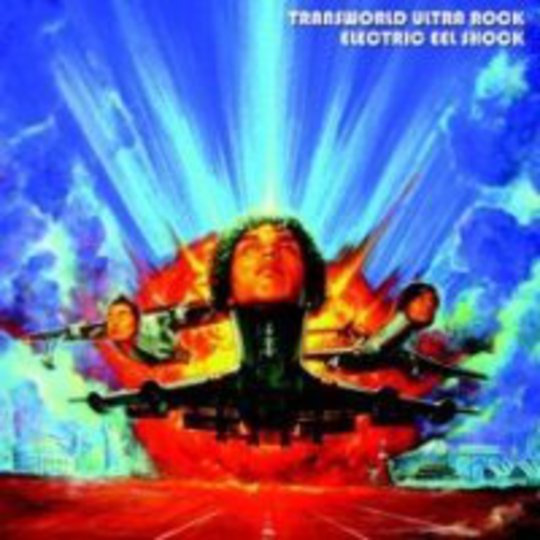 I spent my adolescence growing up incredibly misunderstood in Birmingham – the ‘home’ of heavy metal, which instantly makes me more qualified to write about the genre than any other ‘metal’ writer who grew up anywhere but the Midlands in the ‘80s. Okay, we could dispute that, but we’ve all seen some of the worst things that heavy metal had to offer: the perms, the spandex, make-up and unnecessary posturing. It was confusing enough, all those feelings and hormones, but discovering this aggressive music written by androgynous men blurred any lines that may have been psychologically drawn and only served to confuse further. Rock music was just not hard enough. And hey – what’s harder than rock? Ummmm – metal? Well, music’s not science is it?

The demise of traditional metal was replaced with some kind of monster black-death metal that meant that guitars and drums had to be heavier and faster and vocalists went from falsetto to growls with hip-hop stylings. Nu-metal was born. The make-up, posturing and spandex all returned, with perms being discretely reserved for invisible drummers.

And now, with the recent success of bands like Trivium, Killswitch Engage and many others, including Japanese rockers Electric Eel Shock (EES), there has been a distinct return to ye olde metal days of yore, where dragons ruled the skies etc…But seriously, EES have been around a long time without ever establishing themselves as a serious proposal for major labels. Their last album, Beat Me, received critical acclaim from the metal-centric press, and their touring schedule gives me jetlag just looking at it.

And this aspect of their career is what has given way to their rather curiously titled album. Transamerica Ultra Quiz was a Japanese game show in the ‘70s in which contestants would try to avoid elimination as they travelled from Tokyo to New York. In these times of carbon footprints, I somehow doubt we could bring that one back for a good Saturday night in.

Returning to work with Atie Bauw (producer of Judas Priest and The Scorpions), EES have made further moves to make sure that their hearts are firmly worn on their short sleeves. With all 12 tracks clocking in at around 40 minutes, frontman Akihito Morimoto has dug out some fantastic retro guitar sounds which absolutely set the tone for the whole album. Flipping between Japanese and English lyrics may be confusing for the domestic listener who wants nothing more than stadium rock sing-alongs, but rather than resting on their familiar areas of ‘70s and ‘80s rock EES have ventured further back into the ‘60s and forward into the ‘90s to incorporate elements from all of their albums whilst still moving forward and paying homage to their heroes of rock.

Sabbath-esque leanings and Van Halen solos have always had their place in an EES album, but they’ve never really managed to succinctly pull it together and create a fully integrated album. But with riff magnets such as_ ‘I Want War’, ‘Big Mistake’_ and ‘I Can’t Hear You’, EES take us to a place where heavy metal memories can come together with psychedelic blues leads and rolling fuzz basslines. There, they can lie together and frolic naked until the day that rock and roll finally comes to rescue the world. Until then, you’ll just have to make do with Transworld Ultra Rock.