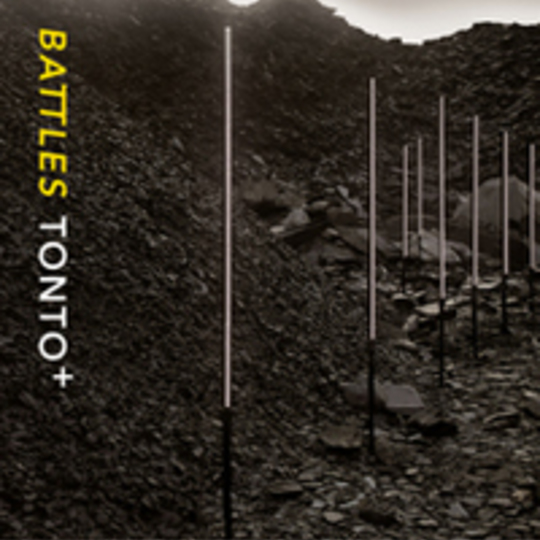 So many words have been written about this band on DiS that there just aren’t any straws left to clutch at. Musically, ‘Tonto’ is some way gone towards being impossible to describe; with foregone, bandish reference points at least. What comes most immediately to mind are the noodly parts of Yes songs that Mike Diver plays me, like ‘Long Distance Runaround’, but less bloated, obviously, and exactly 83 per cent less Top Gear.

Words like ‘widdly’, ‘weedling’ and ‘reedy’ are dismissed from the page at boredom’s whim; instead I’ll write about how this song sounds like a plague of mutant insects – locusts, probably – trapped inside human bodies like Will Smith’s hunting them. If Will Smith was actually interested in polyrhythms and loops and fluttering off-key arpeggios, that is, which ‘Miami’ seems to suggest he’s not. Too much money and sex for Smith.

The remixes are perhaps more interesting at this stage: The Field puts his own Velcro-sharp filter on the lead track, charging it on like a faulty bludgeon. Kieran Hebden has a crack too, his more conventionally danceable in that you don’t necessarily have to be in the grip of autism to lock into its rhythm.

Something’s lodged though, and we'll have to return to track one. What's this... smuggery? Acht, but rightly so. I'll grudgingly admit they've earned this lap of honour at the end of a year they’ve stamped all over already. Let’s hope the slurring, sub-aqua dive that the original track takes in its last couple of minutes is a sign that the Brooklyn quartet will ride it out underground for a while, ready to return with their next gigantic steps into future-pop.