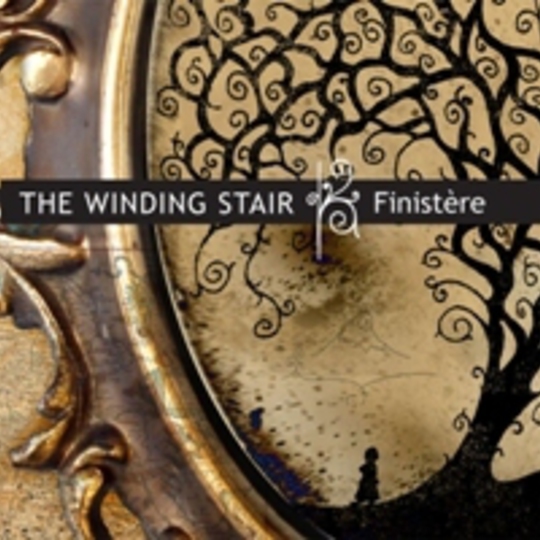 W.B. Yeats was a true, into-the-mystic, loon. Driven by an insatiable hunger for experience the poet rushed to embrace the occult, joined the Golden Dawn and sought for knowledge beyond the boundaries of this mortal coil. The ghost of Wild William hangs heavy over this record, the name The Winding Stair derived from his poetry and, more than this, the music of Finistère, like the very best of Yeats’ wordsmithery, wearing its madness lightly.

There is an achingly ethereal quality to The Winding Stair, the cello, violin and wind-whispering-amongst-the-reeds vocal creating an intoxicating, otherworldly ambience. The acoustic guitar, supple and sinewy, provides a fierce physicality to complement the others’ chamber music spirituals and ensures that we remain tethered to terra firma even if we are contemplating the stars. The album opens with the sound of the sea dashing against the shore; the musicians echo this, their playing creating wave upon eddying wave of sound as the title track draws to a frantic close.

The press release calls this music ‘folk-noir’ and it’s a not bad description, the weaving of alt-folk and gothic creating a suitably dark and menacing milieu. Even where the music meanders sweetly, as on ‘Hide and Seek’, there is the unshakeable chill of foreboding. In ‘Bandage’ love is like a blanket cinched too tight, threatening to suffocate even as it comforts. ‘The Meadow’ meanwhile transports us a bewitching Summerisle of pagan folk, the strings plucking something sinister from the shadows, the vocalist sweetly intoning_ “run to the meadow”_.

Sorrowing their soul on the closing_ ‘How Can I Be Lonely’, the voices of The Winding Stair are entwined around a single, solemn beat. It’s a sparse, yet compelling, conclusion to the record. The churlish might point out that there is too little variation amongst these eight tracks that, unlike their spiritual patron Yeats, The Winding Stair are too tightly enclosed within their own world, unwilling to look for answers not readily available. True perhaps, but, as a first step, _Finistère remains an engaging, musically accomplished affair, and there is time yet for The Winding Stair to cast their gaze to the margins.