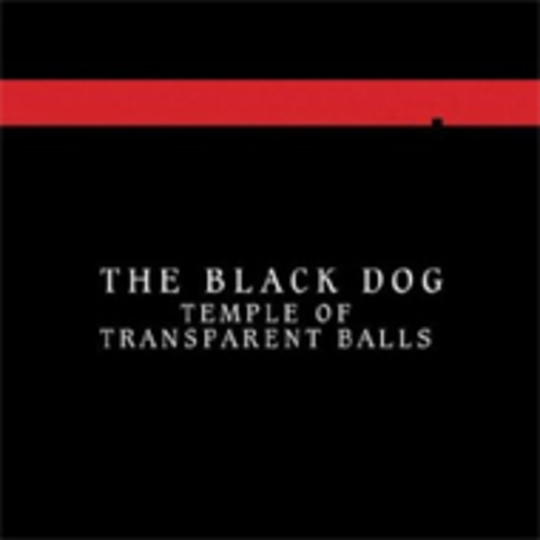 It’s probably wise to get this out the way: you need to be pretty shit-hot to entitle an album Temple Of Transparent Balls and avoid reviews of childish/open goal scale. Fortunately IDM forefathers The Black Dog are and, more importantly in context of this timely re-issue, were.

Further on up a family tree that gave us Warp’s dancing feet-enslavers Plaid, there’s a techno clubber sensibility to this early dark work that creeps around peripheral vision and into brain cavities that are concurrently struggling to comprehend. But that only tells part of the tale. The story-defining twist is how Temple Of Transparent Balls was originally released way back in 1993. An entire 15 years on and it sounds as fresh as just about any tricksy techno release you care to mention.

Emerging around the same time as almost peerless Rochdale twosome Autechre were beginning their lauded career, Temple...’s opening double shot, ‘Cost I’ and ‘Cost II’, flicker with exactly the subtle extremes that characterise its thoughtfulness. Lovers of Autechre circa their classic Tri Repetae record will lap up the former track; blessed-out 4am minimal techno bods with heads wrecked from years of pill abuse will have similar affection for the latter.

There is, admittedly, seemingly analogue warmth to moments like ‘4.7.8’ or ‘Kings Of Sparta’ that, in the enlightening wash of retrospect, belies Temple...’s age. Yet every time the evolution threatens to lock into a groove, a ‘Jupiler’ arrives to bang like every sweaty underground techno club should. And on each occasion where that happens, before anybody has time to eye up the era-defining Criminal Justice legislation on repetitive beats, laser-accurate 360 degree drum programming mesmerises and wipes memories clean. The only real criticism, in fact, talking from a fictional perspective of one-track-minded technoists, is The Black Dog of 1993 flipped so many cleverly differing styles that the stupid will be frustrated at ceaseless self-bettering.

Next month The Black Dog return to show lesser pretenders how it’s done with the next LP in a distinguished history, Radio Scarecrow. Until then, pick up Temple Of Transparent Balls for a cool fiver and get a small slice of electronica education.