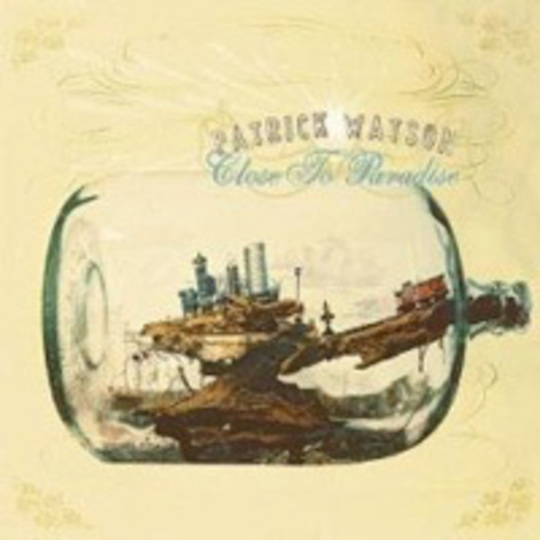 A quick perusal of Wikipedia shows that Patrick Watson was once in a high school band called Gangster Politics. Now, we could wax lyrical about his beautiful voice, Buckley meets Wainwright moments, glorious songs and the intense passion laced in every second of Close To Paradise, but I think we need to take a second to think about how bad a band with that name would be. Gangster Politics? On the one hand it could be ironic, like Los Campesinos! calling themselves Guns, Bitches and Ho’s; alternatively it was entirely serious, conjuring up images of a baggy-trousered young Watson angrily addressing the world’s wrongs with a mic in one hand and an AK47 in the other. It all seems a world away from his current musical guise.

The obvious comparisons to be made with Patrick Watson and his band (also called Patrick Watson, the big head) do lie with the aforementioned Buckley, Rufus Wainwright, Thom Yorke, Sufjan Stevens et al. However, Watson’s voice has a unique charm of its own. Whereas those voices seem stratospheric, transmitting from the vocal chords to the back end of beyond, Watson’s is far more intimate and warm. Single ‘Luscious Life’ is testament to this statement as Watson perfectly accompanies his band with a pained, longing delivery that moves up and down with the tempo of the song, with stringy guitar lines reminiscent of ‘Keep The Car Running’. It’s a glorious slice of fervent pop. ‘Weight Of The World’, meanwhile, has the air of a vaudevillian circus with its gloopy accordion, distorted guitar and off-kilter singing. It’s easily one of the most interesting parts of Close To Paradise.

The album’s biggest downfall is that it’s all very similarly paced: the slow onslaught is a bit over powering, and can make listening to the album in a block hard work. Tracks like ‘Mr Tom’ and ‘Sleeping Beauty’ could have possibly been shaved from this 13-tracker. Having said that, each song has its own idiosyncrasies: ‘The Great Escape’ could easily replace Snow Patrol in sound-tracking sad parts of TV shows forever; ‘The Storm’ has a warped vocal effect with ethereal guitars and a glorious choral background; ‘Bright Shiny Lights’ is so sparse it sounds a cappella before exploding into sound, colour and sparkles; and ‘Drifters’ is a widescreen-proportioned offering of unmentionable beauty. Individually these songs encompass Watson’s talent and splendour perfectly.

What Watson and his band have delivered here is an album of innate beauty. It’s not flamboyant or grandiose; it’s not gloomy or dark. It is intimate and charming, an album to put on when it’s cold outside and treasure forever. Gangster Politics’ loss is the rest of the world’s gain.