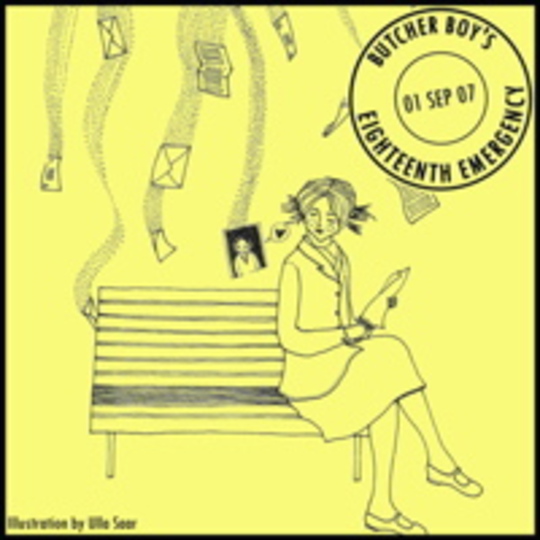 Sometimes you need a little more, you know. A band can hit all the right notes, and still fall short of rousing your ears from sonorous slumber. So it is with Glasgow seven piece Butcher Boy.

Delicate production? Literate, picaresque lyrics? Proficient musicianship? Check, check, check. Although I don’t want to patronise the band by making obvious comparisons, the presence of uber-indie club/label How Does It Feel To Be Loved, along with the vocals, with their slight hint of a Scottish accent, screams Belle and Sebastian at times. At their best on this EP, on second track ‘There Is No-One Who Can Tell You Where You've Been’, the group sound like a sort of Hispanic Smiths or Richard Hawley, posturing the same kind of throwback charm as the former Pulp man.

Yet it’s the vocals that let Butcher Boy down, forced as they are. Part of the charm of a slightly skeffy, off-key voice is that it lets you know the singer isn’t a hundred percent assured about the accomplishment of his lyrics. Yet here vocalist John Blain Hunt belts them out with a complete lack of self-awareness, even though they’re usually pretty drab (sample line: “I love the sound the season brings / the cups and the colours let me think”). Not that self-consciousness is a prerequisite for musical ingenuity, but it at least adds a certain something that sets a group apart, a point Belle and Sebastian and Morrissey understood all too well.

On their website it says, “Butcher Boy finds solace knowing that cynicism and irony have no part in what they try to do”; part of me feels that, as much as irony grates with me too sometimes, at least it would make the group sound a little less assured that what they were doing was anything more than just nice.