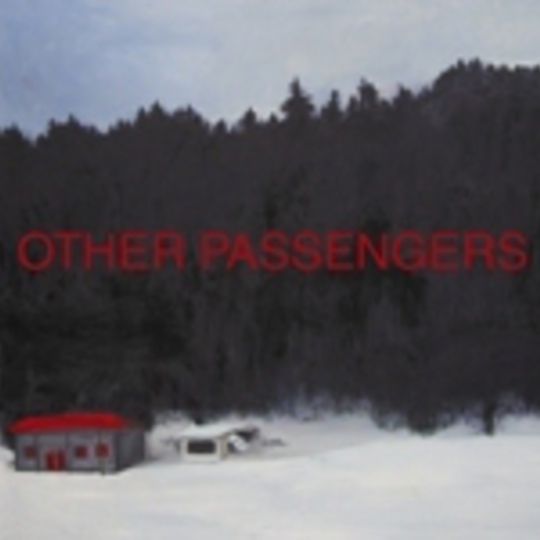 It really gets my goat when I read an album press release that, whilst it lionizes its client with casts of rock ‘n’ roll grandeur and supposed critical acclaim, insists that you “absolutely must, must, MUST see them [their client] live” like an advance apology for the album. No matter how you end up judging the album in the end, it “will simply never compare to their stage show” because, surely, their asymmetrical haircuts and second-skin jeans will overwhelm your senses like none have before. Rest assured, when it comes to Other Passengers, no apology is necessary.

With a name like ‘Other Passengers’, the Brooklyn-based quartet projects this faceless and grave sense of anonymity within the metropolitan infinity. Naturally, their first full-length album We Are All Other Passengers is a big, blurry, post-modernist, post-punk, post-post patchwork of rock ‘n’ roll whaling. Their thick cast of guitar-heavy haze paints the claustrophobia of a mob-induced lack of individualism and the violent struggle to survive in the midst of billions of other people. With the surging juxtaposition of stylish noise manipulation and primitive percussive swells, the album consistently sounds like a frantic attempt to runaway from a man-made catastrophe, and all of the psychological damage that comes with it.

Beginning with the engorging ‘Gorilla’, We Are All Other Passengers is an uphill battle in the form of nine blistering songs. A scorching guitar scream scrambles the bits of the opener together like a sadistic sewing machine before unexpectedly transitioning to the tranquil sounds of rainfall in ‘Wichita’, a song that seems quite innocently lovesick at first, but quickly snaps into a vicious ballad for stalkers. ‘Vacation’ is hardly a day at the beach as vocals are dragged like rotting corpses through the mud - and in combination with the volatile arrangements, each move is tremendously explosive .

Just because it’s easy to simply categorise Other Passengers as just another post-rock outfit with nothing interesting to say, don’t make the mistake of branding their accessibility as a lack of capacity. While their work is extremely paranoid - the key word being ‘extreme’ because it’s their complete commitment to the music that is so completely clear - it’s this commitment that clearly marks Other Passengers as a force to be reckoned with. With its consecutively climactic moments and twists and turns, We Are All Other Passengers make for an intense trip.