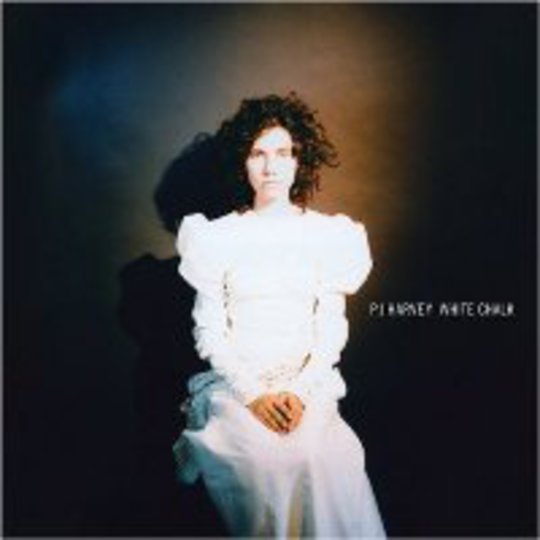 Sometimes it's wise to wonder whether indie's expectation and analysis of new records by 'significant' artists is really any different than the way paparazzi chase the car crash-faced, partying pop debutantes. The way the tabloids spit their two-bit sound-bite storms of controversy and the subsequent labelling becomes dangerous self-fulfilling prophecies, which chases young nymphs and dragons into hiding, either within themselves or the kind that lands them in rehab or a casket.

It's little wonder then, in an age of a 24/7 National Enquirer-like media where everyone's a sodding monkey at a keyboard acting as a media contributor, that Britney, Wino, Richie – each with a constant ability to Google themselves and purchase a myriad of clichéd cheap-trick escape chutes – turn out the way they do. It will shock nobody when some super-fan dies of an overdose. Escapism? We love it!_

It’s a different kind of trial by media but this isn’t so different, on pixilated paper at least, to the way 'we' set these impossible expectations on our leading lights, those we deem creative geniuses. The expectations and pressure we put on them to live up to former glories. Then there's the illogic that a record must better Radiohead’s The Bends or Patti Smith’s Horses, or Dylan or Young or Van the Man, or so many others considered, after much analysis by the self-imposed arbiter assholes and 'knowing' indie intelligentsia with their decimal scores, to be the benchmark. This is seemingly a paradigm in which all modern music must preside, leaving us caught by the buzz, unable to rationalise whether something is good on a personal, let alone universal, level. Makes you wonder why any great talent bothers throwing themselves in the bullring; it's all been done, we're just whiffing the dregs, et cetera. Not that that is why they make music; they leave that need for reaction, to the_ t4 _presenter wannabes.

It's little wonder then that the anticipation for the return of PJ Harvey comes with so much prologue and contradicting context, troubled by the shadow of the 9/11 Mercury; in the wake of the petrol-fumed Uh Huh Her; having to live up to a decade of diehard fan favourites, life's milestone sound-trackers like Is This Desire?; beneath the hail of the blogosphere's rampant readiness to react, with little consideration of anything in particular, before they move on to flame the next one... It's a lot to live up to. In fact, it's possibly impossible.

_"Hit her with a hammer,

Thank fuck for Polly Jean Harvey. Take a moment. Consider all the shit above and how trivial it is: she doesn't care about it one jot and that's why she's precious like an endangered species who has to create. Not only has she kept things interesting for herself by raising slightly her vocal range, she’s learnt piano; she's essentially wrong-footed predictions of what she might do next by putting down her guitar, and making an album featuring little else, other than a subtle auto harp. ‘Stripped down’ doesn’t even come close.

From the opening playful bars of 'The Devil' there's an air of ambivalence, the kind of la-la-la-I'm not-listening adriftness to the world, ignorant to it’s spin, the sort of la-la-ing that can't hear the slightest bit of similarity with Back To Black. It's not that Polly is ignorant, but you'd love to believe she lives in a tranquil world, free from mass media and attention-sucking spluttering technology, lost in the kind of bliss found whilst wandering within books and paintings until a kettle whistles above a fireplace. The kind of peace you get rowing out to sea, just to look at the cliffs... Ah there it is, the title-related cliché which will riddle its way into 70-word reviews of this album, which generically-talk about how “she's rediscovered Hardy's bleak Dorset tones and added piano-key white hues of the drug-spectres of the after-life”. They'll talk not of the ways this record touches the listener like a chilled doctor’s hand, or how the piano keys sound at times like tears entering the gutter of the wrinkles which show a life-lived.

Listen from a distance, or passively with the record on in the background, and it’s so faint that it’s just kind of there, a girl at a piano lapping weak sonic waves. Wait for the world outside to die down, stick on a sturdy set of headphones and it’s like being washed in black and white. Your head becomes full of sketches of the crumbling cliffs of the south coast. Her earlier albums took you to polluted rivers, or locked you in white noise in some apocalyptic bedroom full of fire and venom; Stories From The City… took you in helicopters through New York and to sitting on the phone to Thom Yorke in a twilit village cottage. White Chalk whisks you away from everything. With each track she takes you away from civilization, as her fingers dart and arc from key to key, taking you away one step at a time, leaving behind the drunken sailors peacefully sleeping on cobbled streets and out into the early morning haze on the horizon. It’s a different kind of lo-fi; it’s minimalism at its finest, without entering the realms of the unlistenable. It creates a transcending experience, perfect for our times.

The themes of the album aren’t exactly bright rays of sunshine: ‘To Talk to You’ is one of the more touching moments of the album as Polly tries to reach her grandmother through song; first single ‘When Under Ether’ deals with drug incantations; and ‘Dear Darkness’ is like an open letter from Sartre. However, this record is an experience and so much more than the sum of its lyrical and supple musical parts. Much of White Chalk double underlines why artists need to create to escape as much as we need them to help us through. There are many moments of genuine brilliance here to help you alleviate the day-to-day, and which remind you why people make music in the first place: to share their honesty and imaginative ideas, in a way that’s so honest that its authenticity is refreshing. It's an album cut with plenty of things to transcend you, leaving you in a state of bliss and wonderment.

With its bones on show and chest wide open, White Chalk may not be the greatest album of all time, it may not be to everyone's tastes, and it may not even be Polly’s finest. But let it and it'll haunt you.